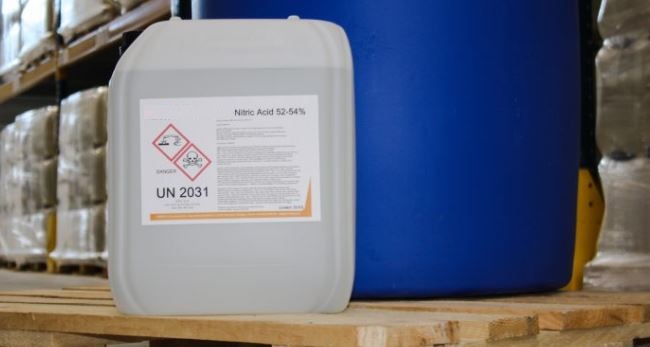 On Ekkersrijt in Son, the Netherlands, a barrel of nitric acid started leaking on Monday. This happened at the Oqema company.

The barrel probably fell over. In the company then a toxic vapor was detected. Employees were checked by ambulance staff, but no one was injured.