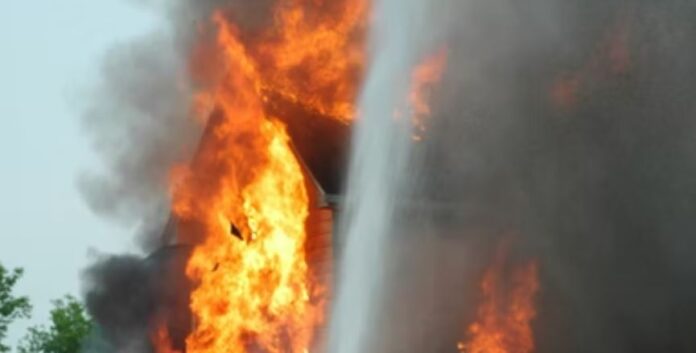 A villa with a thatched roof in Waalre suffered significant damage from a major fire on Monday.

The fire started around 14:30 on Irenelaan and slowly spread. In addition to regular fire engines, a fire department from Gelderland was also called out, specialising in fires on thatched roofs. Around 18:00 they were busy removing the thatch from the roof, to make the extinguishing work easier.

Kilometre-long water hose
One of the reasons the fire is not yet under control is the lack of water. The Fire Department connected water hoses over a length of several kilometres to get water from a river.

The two adult children of the residents were at home when the fire started. Meanwhile, their parents have also returned. A reporter says they have a stricken impression. How the fire could have started is not yet clear.