On Nansenstraat in Geldrop, a van caught fire last night. The police suspect that it was arson.

The vehicle was parked in a car park. Several cars parked in the vicinity of the van sustained considerable damage. The front of two cars was damaged.
The fire brigade arrived on the scene, but could not prevent the van from burning out completely.

The van is said to be equipped for transporting disabled persons. 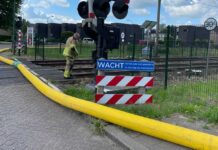 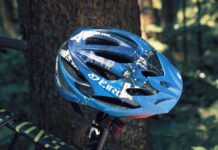 Youngsters run over by a speeding car