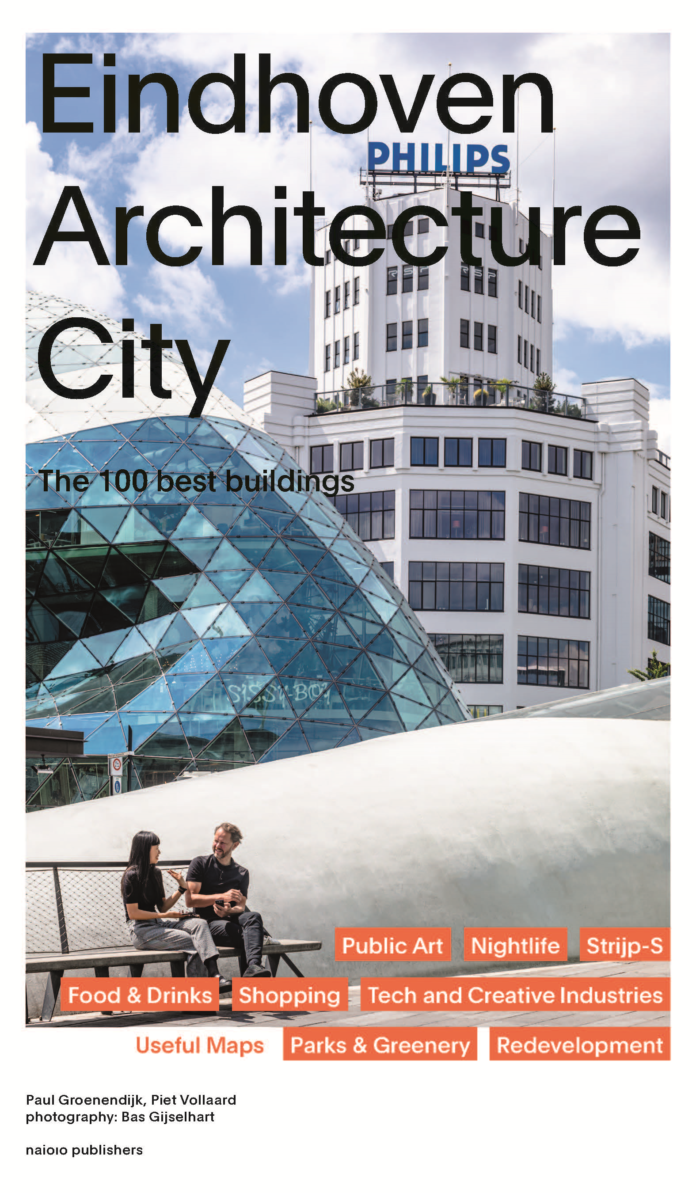 Exploring your current neck of the woods and discovering what is on offer is guaranteed to make your stay more enjoyable and rewarding. That is basically the premise underlying my series on the Eindhoven region.

Exploration requires a particular mindset that differs from the efficient, goal-directed automatic pilot we navigate much of our daily life with. Normally we don’t pay much attention to our surroundings. But to explore you need to be attentive. To see something that would otherwise be overlooked, it helps to know where and what to look at. That is why the right kind of information can make such a big difference. And that is why I get excited when coming across accessible tools and resources that provide all you need to get going on your own. The route networks of Visit Brabant, described in a previous article in this series, are such a tool. The compact and up-to-date Eindhoven architecture guide. The 100 best buildings is another.

Yes, we all know the Van Abbe museum. And sure the museum gets the two-pager it deserves in this guide but that is just the beginning of why this jewel of a resource made my day. The museum is centrally located and striking enough to put many automatic pilots temporarily on hold. One may argue it doesn’t really need a guide to be seen. But Architecture City contains a lot that does. Despite its conciseness, the book manages to be deeply informative about all of the city’s better-known highlights. That it lives up to that benchmark of a ‘guide for the already architecturally inclined’ is laudable. But that it manages to be an enticing invitation and user-friendly tool for everyone, including the rest of us who are no architecture buffs, to discover the many hidden gems of Eindhoven, is exceptional.

“Ask ten Dutch people about their top five of ugly cities and chances are that Eindhoven will be mentioned ten times. Amsterdam has its canals, Rotterdam the ports, The Hague the Binnenhof and Utrecht the Dom church. But Eindhoven…has the future.”                      ANWB Kampioen magazine 2019-7/8, quoted in the guide

The subtitle does not do the book justice because some of its ‘100 best buildings’ are actually housing developments, even whole neighbourhoods. And an architecturally distinctive neighbourhood does what only a few individual buildings manage to bring about: they make for an immersive encounter. The ‘Amsterdam’ version, familiar to most, is being on a canal surrounded by centuries’ old buildings. Below are some Eindhoven examples from the book (there are many more), not special because of their age, but similarly making for a distinctive experience. I bet at least two of them are terra incognita to you! Go find them and have a look: your explorer’s mindset is guaranteed to be awakened.

Eindhoven Architecture City also includes a treasure trove of smaller gems. Some in full view, like the Rietveld bus stop near the townhall – have you ever stopped and really looked at it? – it is amazing! Others are hidden away, like the Van Abbe family funeral chapel, on the Eikenburg estate at the Southern edge of the city – right next to one of Eindhoven’s most beautiful former monasteries that you would otherwise never know about. Fun fact: the estate is being redeveloped in a heritage respectful way for social housing in a park setting. The main building is finished.

In just a few pages, the book manages to bring you up to speed on the city’s history, its urban development, its green spaces, the utterly determining impact of Philips, and its current transformation, not an easy feat. The reference maps, the photography of Bas Gijselhart and a treasure trove of trivia, anecdotes and emblematic quotes are the icing on the cake.

This guide provides you with all you need to open your eyes to the architectural pleasures Eindhoven has to offer and to trigger your inner explorer. It selected 100 sites from a universe of 250 possibilities, so it is highly unlikely that you will run out of discoveries soon. More to come on what else is out there in future articles in this series.