On De Greefstraat in Eindhoven, a fire broke out in a rental home on Sunday evening. Multiple fire trucks were needed to get the fire under control.

The fire started when the resident wanted to boil an egg. The flames from the stove struck the cooker hood. According to the fire department, the fire entered the ceiling. As a result, a lot of smoke came out of the roof. The fire department came to the scene with three fire engines. An aerial platform was also needed to reach the roof, which had to be broken open to find the flames. An officer on duty was dispatched.

After 45 minutes, the fire was under control. No one was injured, but the occupant cannot enter his home for the time being. Stichting (foundation) Salvage is supporting the man with handling the damage.

It is not yet known if any persons are involved. 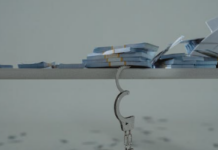