Home CORONA Watch and listen in here to the Glow FM Top 100, live...

It was the musical finale of the year 2022. On Friday 30 December, Glow FM broadcasted the Top 100 live from CoffeeLab on Eindhoven Centraal (central) station. Also several Eindhoven residents joined the radio studio: residents who were in the news this year with a special story.

The Eindhoven youth station Glow FM compiled the Top 100 itself. The list also included artists from the region, such as DJ/producers Brooks, La Fuente and Ferreck Dawn. The broadcast could be followed live via 94.0 FM, DAB+ and could also be seen and heard on Studio040’s television channel.

Guests
One of the guests stopping by CoffeeLab is Liesbeth. She runs an animal shelter that was overflowing with abandoned rabbits. Many people had purchased a pet during corona time and later wanted to get rid of them. She talked about how she is doing now.

Taking a look
Everyone was welcome to take a look at the radio studio on the station. Reporters were also walking around near the station to ask passersby how they look back on 2022.
Here you can listen more to Glow Fm. 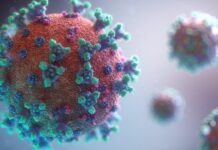