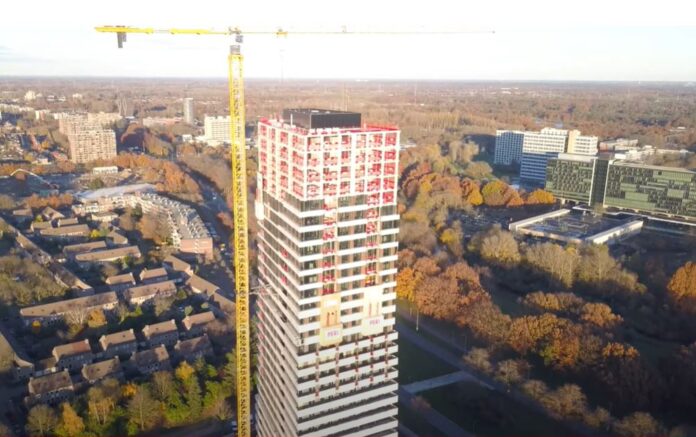 A construction worker has been seriously injured in his legs during an industrial accident in Eindhoven.

The accident happened at the construction site of the new bunker tower. According to a bystander a crane lost its load (or part of it) which ended up on top of a construction worker who was working on a roof.

The man’s legs were injured and the fire brigade came to the scene to assist the ambulance.

An investigation will probably be conducted by the Health and Safety Executive as usual (Arbo).