Home NEWS 112 Air raid siren will be tested on Monday to know whether it... 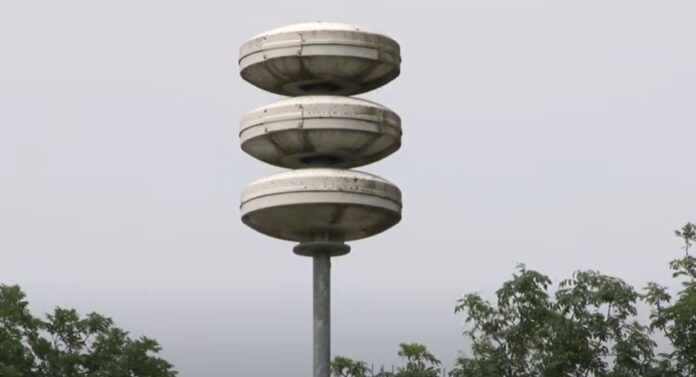 With the images of the war in Ukraine on their minds, it can be frightening for many residents and refugees in Brabant if the air raid siren is tested again on Monday. However, the sirens will still blare on Monday. But the siren test will be announced more than usual. That is what a spokesperson for the Ministry of Justice and Security told Omroep Brabant.

The warning and alarm system (WAS) falls under the responsibility of the ministry, but is initiated by the security regions. A spokesperson for Justice and Security says that the advice to the security regions is to carry out the monthly siren test on Monday at 12 noon.

Sirens must be tested
“The war in Ukraine is no reason not to let the siren test go ahead. We therefore say: just go ahead and test them. We need to know if the sirens are working properly,” the spokesperson said.

The impact of the penetrating sound is understandable. On Friday, the ministry will therefore send messages to draw attention to the siren test. The security regions will do the same,” said the spokesperson. This should prevent people from being startled by the siren.

Reception of refugees
Incidentally, the security regions can decide for themselves whether they should switch off the air-raid siren in certain places. “They must have compelling reasons for that.” For the time being, it has been decided in Brabant to continue testing.

In 2015, the municipalities of Schagen and Tubbergen will switch off the sound. That was because of refugees from Syria who were received there. The siren could trigger traumatic memories.

Cold War
The siren network was introduced in 1952 during the Cold War. It was supposed to protect the civilians against a possible nuclear attack from the east. In 1998, the Warning and Alert System (WAS) as we know it today was put into use. The sirens can be switched on in threatening and dangerous situations. For example, in the event of an air raid or if toxic substances are released into the air.