An 18-year old student went missing more than two decades ago. Now, police are going to launch a new search in the Eindhoven area.

Tanja Groen went missing 27 years ago. Now, according to various media outlets, the police are planning a search in the Eindhoven vicinity. Last year, they had searched a cemetery in Maastricht.

Tanja, who originally hailed from Schagen in North Holland, had been renting rooms in Gronsveld, near the Belgian border since 1 August 1993. She was a first-year health science student at the University of Maastricht. On 31 August, between 19:30 and 19:50, Tanja spoke to her mom on the phone.

Tanja then went to a university party in Maastricht. Around midnight, she left the party in Herbenus Street on her bicycle to go back to Gronsveld – a 30-minute ride away. She was dressed in blue jeans, a pink T-shirt with the word “Tanja” on it, and a dark blue Guerrier jacket. No-one has seen Tanja, who would be 45 now, since.

Over the years, various police and private searches were carried out to try and find Tanja (and her bicycle), but to no avail. In June 2014, bones were found in the woods in Gronsveld. But they weren’t Groen’s.

In late 2109, the police cold case team in Limburg got a tip about where someone might have buried the young student’s body. This pointed to the Heugem Catholic Church in Maastricht’s graveyard. An exhumation took place, but nothing suspicious was found.

Students in Amsterdam and Maastricht have also been investigating this decades-old missing person’s case. Led by legal psychologist Peter van Koppen, they proposed an unspecified spot near Eindhoven more than two years ago already. It’s thought that the Pubic Prosecutors Office and police will begin the investigation there this spring. 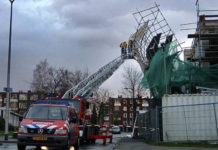