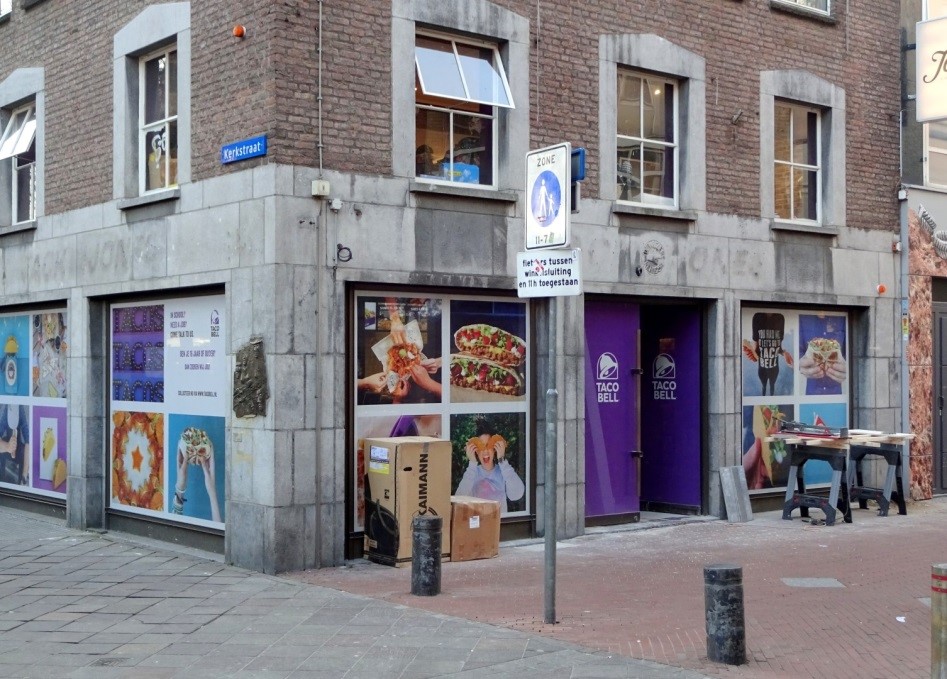 Taco Bell, the American fast-food chain with Mexican influence, announced through its Dutch Facebook page that the first restaurant in Netherlands will open at 10:30 on the 4th of April in Eindhoven.

The restaurant will be located on Rechtestraat 62, a former Jack&Jones store. It will have 80 sitting places, free wifi and chargers for mobile phones and laptops.

Taco Bell is one of the many American fast-food chains which are planned to open in the Netherlands within this year. Other names include Five Guys, Dunkin’ Donuts, TGI Friday’s, and Pizza Hut. The latter three have attempted some years ago to open in the Dutch market, however its success was not as expected and have closed its doors since then.