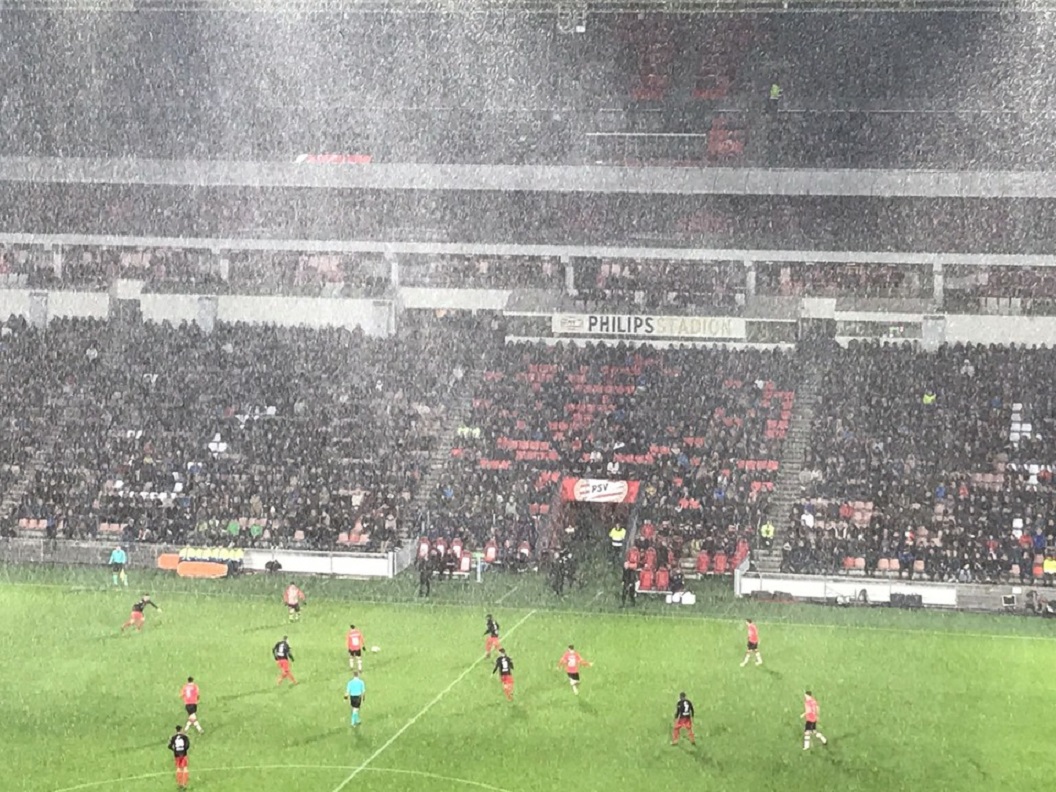 PSV won their game against Excelsior on Saturday night with 2-0.

Even in the first fifteen minutes it became clear that PSV was calling the shots on Saturday night. After 34 minutes they scored their first goal. Marco van Ginkel, who is on loan from Chelsea for the rest of the season, scored the 1-0 for PSV. The teams went to halftime with that score.

The snow became heavier in the second half, but after the white ball was exchanged for an orange one the game could continue. In the 59th minute Davy Pröpper scored a beautiful second goal for PSV after a pass by Guardado.

PSV tried to word on their goal difference, but did not succeed in scoring more goals, Captain Luuk de Jong missed an open chance en was substituted after that for his brother Siem de Jong.

The match ended 2-0 for the team from Eindhoven. Because on Sunday Feyenoord and Ajax won their games also, PSV keeps trailing them at respectively 8 and 3 points fort he championship.