On 1 August 2022, the reproduction number based on reported positive tests was 0.81 (0.77 – 0.85). The number of new hospital admissions of patients with SARS-CoV-2 decreased (-31%) compared to the week before. Even though the number of new ICU admissions of patients with SARS-CoV-2 remained relatively low, this figure rose from 23 to 26 (+13%) compared to the week before.

The sewage surveillance result of week 31 (1 – 7 August) showed a decrease of 24%  in the national average virus load as compared to week 30. In the first half of week 32 (8 – 10 August), the average virus contaminants decreased, dropping by 37%. The average number of virus particles was highest in Haaglanden in week 31 and in Amsterdam-Amstelland in week 32. The BA.5 Omicron sub-variant was observed most frequently, while the BA.4 sub-variant was detected less often once again.

So far, the Omicron variant has five sub-variants that are currently being monitored closely. These have been designated BA.1, BA.2 (including sub-variant BA.2.12.1), BA.3, BA.4 and BA.5.

Since June 2022, Omicron BA.5 has been the dominant variant in the Netherlands (>90% of the tested samples in week 30). According to the WHO, these new variants do not appear to cause more serious illness than the BA.2 variant that was recently most prevalent in the Netherlands. However, there are indications that antibodies may be less effective against these variants.

Since July 2022, various countries have recently observed a new sub-variant of the Omicron BA.2 lineage: BA.2.75. This sub-variant has been found in India, Australia, Japan, Canada, the USA, Germany and the UK, among other countries. This sub-variant has also been detected twice in pathogen surveillance in the Netherlands. Not much is known about BA.2.75 at this point. Like other Omicron sub-variants, BA.2.75 does seem to have minor specific mutations that enable it to more easily evade the immunity built up against COVID-19. For the time being, this sub-variant does not seem to be increasing rapidly or in the Netherlands or in the surrounding countries. RIVM will continue to monitor the situation. 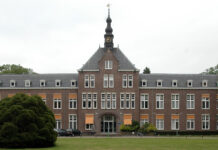