In total, the Eindhoven-based company achieved a turnover of 5 billion euros in the third quarter of the year.

In addition, the company saw a slight increase, around six percent, in the personal care branch of the company.

Terminated contract
Philips’ growth rate is an encouraging result for the company. Especially since the U.S. government unilaterally terminated a multi-million dollar contract for the supply of respirators in August this year.

Surplus
Although there’re rumors that termination of the contract had to do with the (too) high price Philips was asking for the machines, the company informed Radio1 that it was dealing with a surplus of ventilation machines in the US.

Philips says that despite the uncertainty surrounding the pandemic, it’ll be able to achieve modest growth over the whole of 2020. 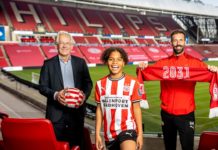