Could sticking to the road rules benefit projects in your neighbourhood? It seems so.

“We really wanted it in Eindhoven.” The speed limit sign was placed in Frankrijkstraat, near the Tarieq Ibnoe Ziyad primary school. “Feeling and being safe in traffic is extremely important,” Cllr List said at the unveiling of the speed sign.

It was met with much conversation and interest from the community and school children. Two police officers also chatted warmly with the kids. Councillor List and the children did a fun countdown to get the speed limit board going.

“Especially when you have children with you, or are on your bicycle. We teach kids how to be alert when they’re on their bikes,” said Cllr List. “But we also need to make car drivers aware of not driving so fast, around schools, for example.”

“And this is a road where people drive quite fast. That’s why we chose this street. This is a positive initiative,” the councillor explained.

“It makes drivers aware of slowing down. They can also collect money for the community with their good behaviour.” So, it’s no ordinary speed limit indicator.

For every person who keeps to the speed limit – 30km/h – an amount of money will be placed in a kitty. These funds will be used specifically for projects in the immediate neighbourhood. So, residents, and the children, will benefit.

Money in a kitty

Every car driver who sticks to the speed limit, going past the speed board, adds money to a communal savings kitty. This is immediately visible on the board.

Frankrijkstraat is notorious for its speedsters. That’s been made evident by reports and other speeding indication boards elsewhere in the street. “We also took our own readings,” Ilse said.

“And it was, in fact, so.” The Eindhoven Municipality was, therefore, looking for an innovative way to tackle this problem. This also isn’t the first time this tactic has been used.

In May 2018, it was set up in another 30km/h zone, Dijksestraat in Helmond. This road already boasted two regular speed indicators. But, more than 60% of drivers were still driving too fast, by as much as 66km over the limit.

While the rewards-based speed indicator was in use, not only did the percentage of speed offenders decreased, to 42%. So did the highest measured speed – 71 km/h. The drivers who keep to the speed limit added a total of €500 to that council’s kitty. 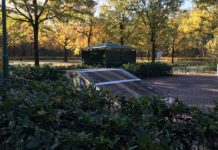 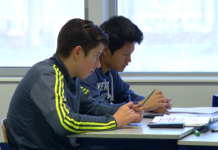 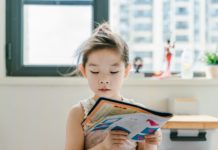 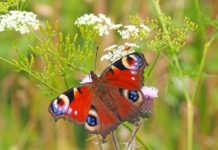 Back To School … How to Prepare Our Children and Ourselves?