On Tuesday afternoon, a pedestrian was seriously injured in an accident on Vonderweg in Eindhoven, near the Philips Stadium.

According to witnesses, the man was crossing the street and got hit by a car. The man landed in the grass next to the road. Bystanders, who witnessed the accident, hurried to help. While waiting for the ambulance, they tried to revive the victim.

A fire engine and trauma helicopter quickly reached the scene. The gravely injured man was taken to a hospital in Tilburg. The lane on Willemstraat in the direction of the PSV stadium was temporarily closed. 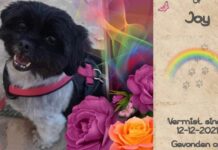