Home NEWS Healthcare Condom booth in the heart of Eindhoven 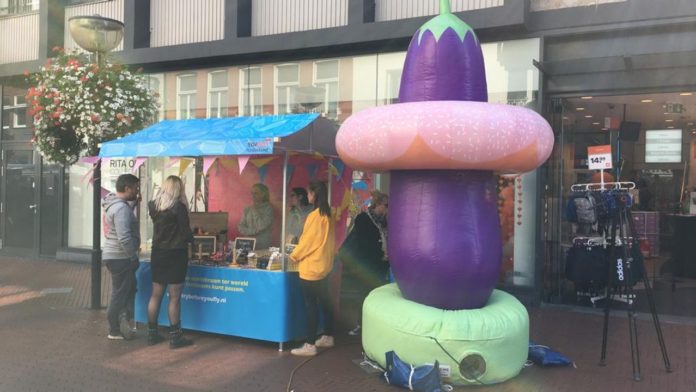 Soa Aids Nederland, GGD Zuid-Oost Brabant and the Condomerie are working hard to make condoms popular again. That is why the three organizations have set up a real condom booth in Eindhoven.

Condom use has fallen sharply in all age groups in recent years. This while STDs are found in 1 in 5 people. The people at the booth want to ensure that more and more people come to see the usefulness of a condom and also purchase the right condom.

Dozens of condoms can be found at the stall. Small, large, with ridges or with a stimulating effect. As a man you can find the right size by putting the condom over a banana, eggplant or cucumber. In this way, Soa Aids Nederland wants to ensure that men purchase the right condom and no longer use the excuse ‘he’s not comfortable’ not to use a condom.

The stall will be in various places in Eindhoven between 10 and 15 September. The stall can be recognized by a huge inflated eggplant with a donut around it; the emojis for ‘the deed’.