The Asian tiger mosquito has surfaced twice in Neerkant, a village about 40 km from Eindhoven, in recent weeks.

The mosquito does not originally come from here, and so its presence raises quite a few questions. Mosquito expert, Bart Knols, answers six questions about the exotic insect.

What is the danger of the Asian tiger mosquito?

“This mosquito is capable of transmitting a wide range of diseases. It carries 20 viral infectious diseases. Among others, Dengue, Chikungunya, and Zika fever can be spread through the tiger mosquito.” Knols indicates that a bite is not immediately fatal, but it is very risky for certain groups, such as the elderly.

The mosquito becomes a carrier for these diseases when it bites someone who is infected with such a disease. For example, if she bites someone with Dengue, the mosquito can spread this disease to the next person after a four day incubation period.

“No, there are no vaccinations for these diseases, as with malaria. You can only be vigilant and take precautions.”

How do you recognise an Asian tiger mosquito?

“The name tiger mosquito may suggest that it is a very large mosquito. But it is actually very small. It is a black mosquito with white-striped legs. It owes its name to those stripes. This mosquito is also different from the ‘normal’ mosquito as it usually bites during the day,” Bert explains.

What should you do if you see Asian tiger mosquito?

“It is best to kill it, but not crush it. This way, you can see if it is indeed a tiger mosquito. Then you can report that you have found a mosquito to the NVWA (the Dutch Food and Consumer Product Safety Authority). Or via the tiger mosquito alert app, which can be downloaded for free. ”

Can I do anything else against the mosquito?

Make sure there are no attractive breeding grounds for mosquitoes. “A water bowl for birds, a bucket, or rainwater collecting in a wheelbarrow are all potential breeding grounds for the tiger mosquito. Make sure that you do not have stagnant water in your garden. And also look in the gutters, for they do not always drain the water well. A pond containing fish is no problem because they eat the mosquito larvae.”

How does the Asian tiger mosquito actually end up in the Netherlands?

The mosquito is originally from Southeast Asia, but according to the NWVA, eggs sometimes enter the country with imported Lucky Bamboo cuttings or used tyres. “Those tyres must be stored dry. If eggs are in the tyres and the tyres get wet, for example, because they get wet outside during a rain shower, the eggs may hatch and produce new mosquitoes.” 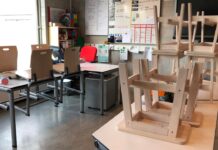 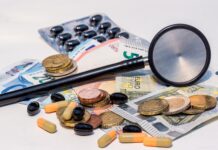