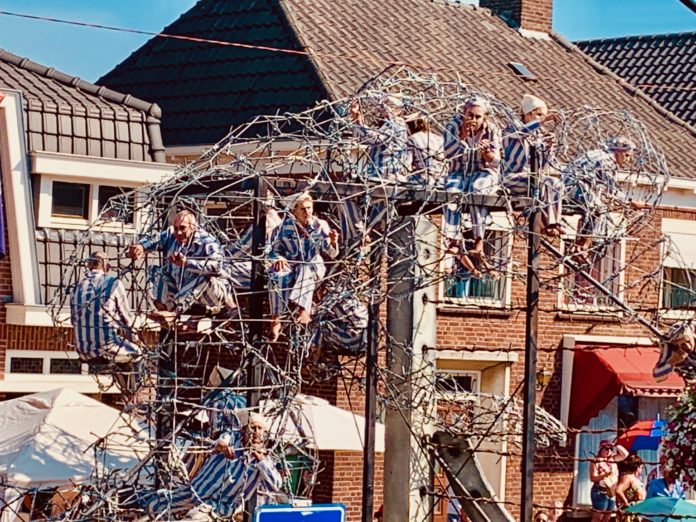 HEEZE – It was a warm day in Heeze on the 62nd Brabantsedag but it went smoothly and it was a successful event.

The number of visitors was the same as the last year – around 40,000 guests. They enjoyed the full-day program at the venue amidst great ambience and tasty food stalls around, along with the largest theatre parade of the year that surpassed its previous level of quality and reached new heights.

According to both the various juries and visitors, the quality level demonstrated by the parade kept pace with summer temperature: “Unprecedentedly high” was a common and concise summary. The audience did spread out over the area and mainly searched for shadow. Unfortunately, the two thousand actors did not have that luxury, and that makes our respect for their top performance only deeper. Various thoughtful wagon guides were attentive of the super warm day and provided bottled water. It made the two and a half hours long continuous theatre performance for the parade a little bearable.

This is the top three of the general classification: 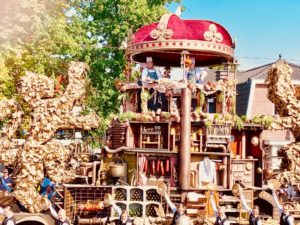 2. Vriendenkring De Rijten De Blijde Intrede (The Grand Entrance: An Ego trip through Brabant) finished in second place. This float showed the tour through Brabant of a new egocentric Duke.

3. Bloed, Zweet & Tranen (Blood, sweat and tears) achieved third place with Michelin; The culinary bond with Brabant. Both the tyre (band) company and the culinary Michelin stars where addressed.

Friends group Ietskes Schif (a little bit tilted), Escaping war camp Vught. Escape for Freedom, won both the Press Prize and the HWV Public Prize (of the Heeze shop owners association). For the first time in five years, the special Pearl Prize has also been awarded again to Skôn for their creation Vincent. What moves him? (Vincent, Wat beweegt hem?)This award is a special one given for exceptional group performance, construction, representation or material use.

The full result of the 62nd Brabant Day theatre parade can be found at brabantsedag.nl/uitslag.