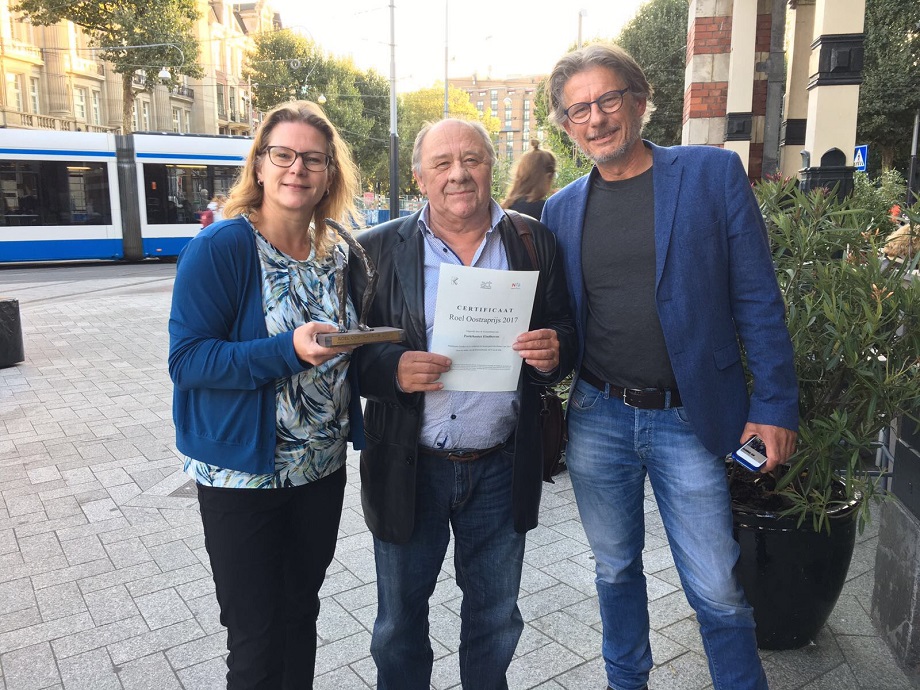 The Eindhoven Parktheater has won the Roel Oostra prize for the most hospitable theater in the Netherlands. Dutch actor, Frits Lambrechts , awarded this prize in Amsterdam on Wednesday, 13 September 2017 during a performance at Theater Festival.

Most members of the Kunstenbond (Arts Union), ACT (an association that see to the interests of professional actors) and the Nederlandse Toonkunstenaarsbond (Dutch Performing Artists Union) agreed that the Parktheater should get the prize this year.

Klaas Seelen, who accepted the award on behalf of Parktheater felt honoured to do so: “It is a feather in our cap. We have been working hard at the theater’s customer care and hospitality. But true hospitality cannot be taught. Our employees are intrinsically motivated to make our guests feel welcome.

This prize has been awarded since 2014. It is named after director, Roel Oostra, from Schouwburg De Lawei in Drachten, who is considered a legend in the theater world.

Photo supplied by the Parkteater