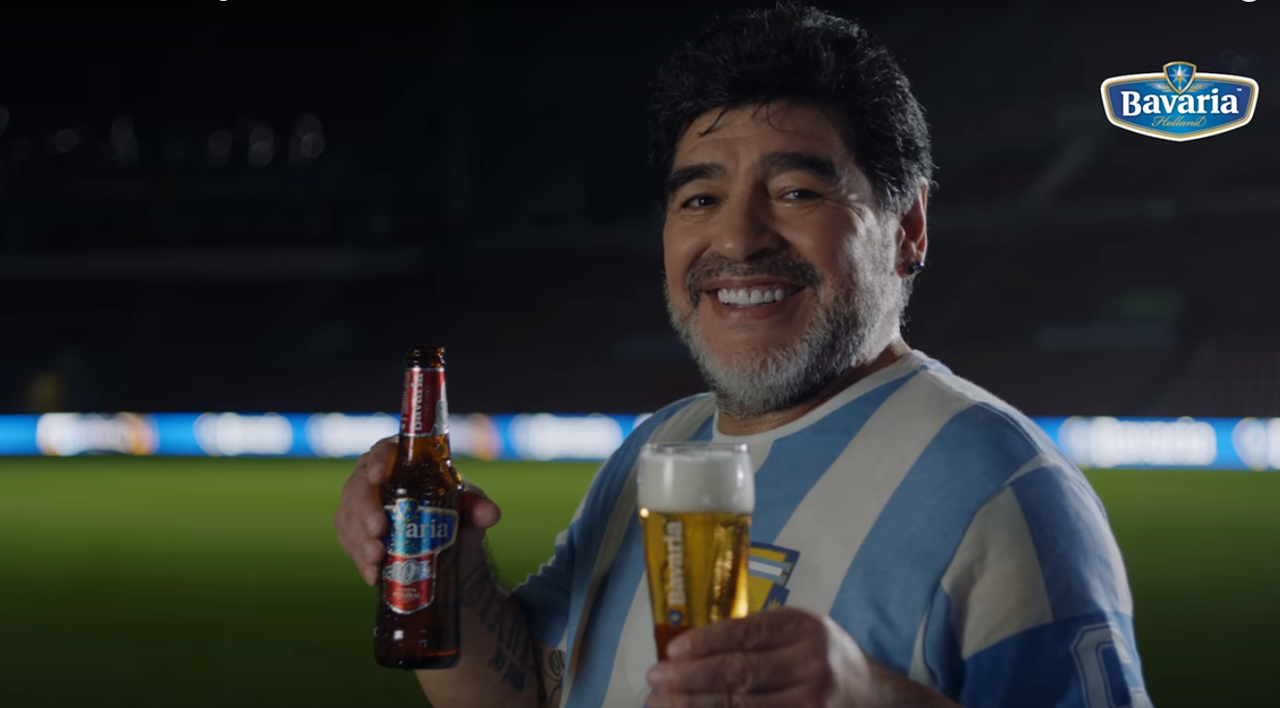 Football legend Diego Armando Maradona will appear in a TV advertisement for the Bavaria brewery. He shows off his skills in a completely empty PSV stadium. The ad will be for alcohol-free beer. It is the same advertisement Marco van Basten did in 1993.

The Argentinian star still possesses masterful control over a ball. In the ad, he opens a bottle of Bavaria 0.0 (alcohol-free) beer and does tricks, just like those in his finest days.

The star was in Mierlo last week with his football team, Al Fajairah, for a training camp. He also went to the PSV-AZ match. This sparked the idea at Bavaria to ask Maradona to do the advertisement.

Bavaria-CEO Peer Swinkels; “We have a long tradition of remarkable ads with a twist. When we saw Maradona was in the neigbourhood and was up for a real Bavaria 0.0, we couldn’t pass up such an opportunity to remake one of our most legendary advertisements with him. We are tremendously proud that it was a success.”