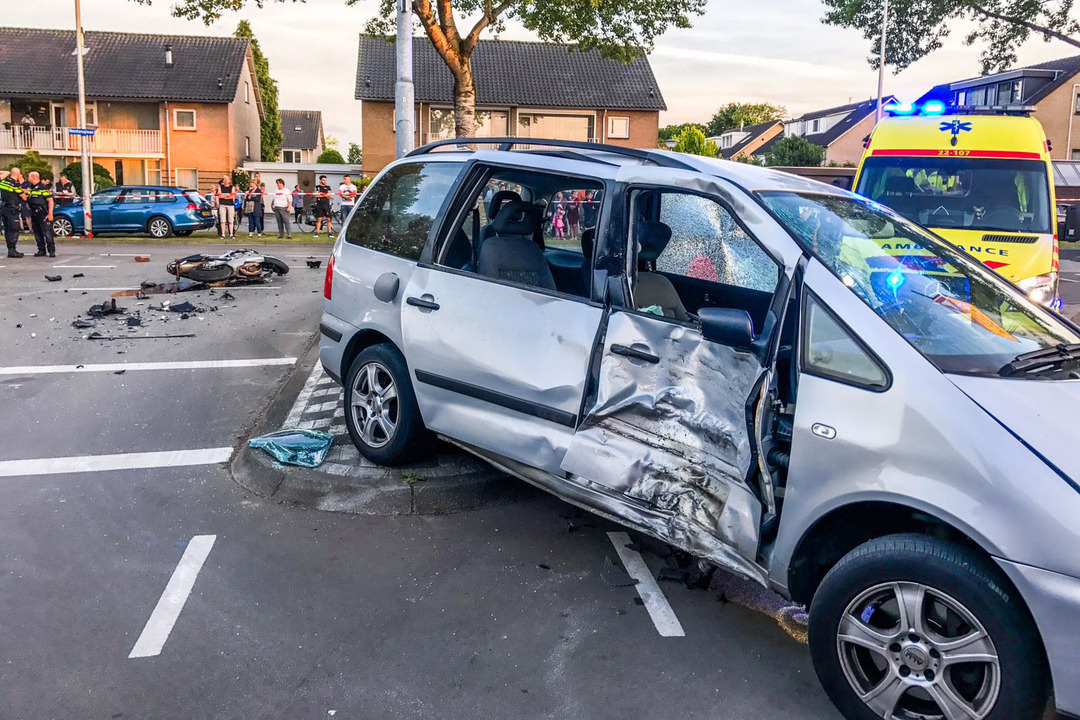 An motorcyclist was seriously injured when it collided with a car on Wednesday night. The accident happened at about 20:45 at the intersection of Hondsruglaan and the Diamantring in Eindhoven. A child, who was in the car, was lightly injured.

Emergency services rushed to the scene. A trauma helicopter also landed to support the ambulance personnel. The biker was eventually taken to the hospital in Tilburg by ambulance. The child was treated on the scene and the female driver of the vehicle was unharmed.

The motorcyclist ended up on the backseat of the car after flying through the car’s window. The impact must have been significant: the right side of the vehicle had major damage and the road was strewn with debris from the accident.

Presumably, the driver of the car did not see the biker, who turned into the Diamantring. The police is investigating the cause of the accident. The accident itself, the numerous emergency services and the trauma helicopter attracted a lot of attention from onlookers.