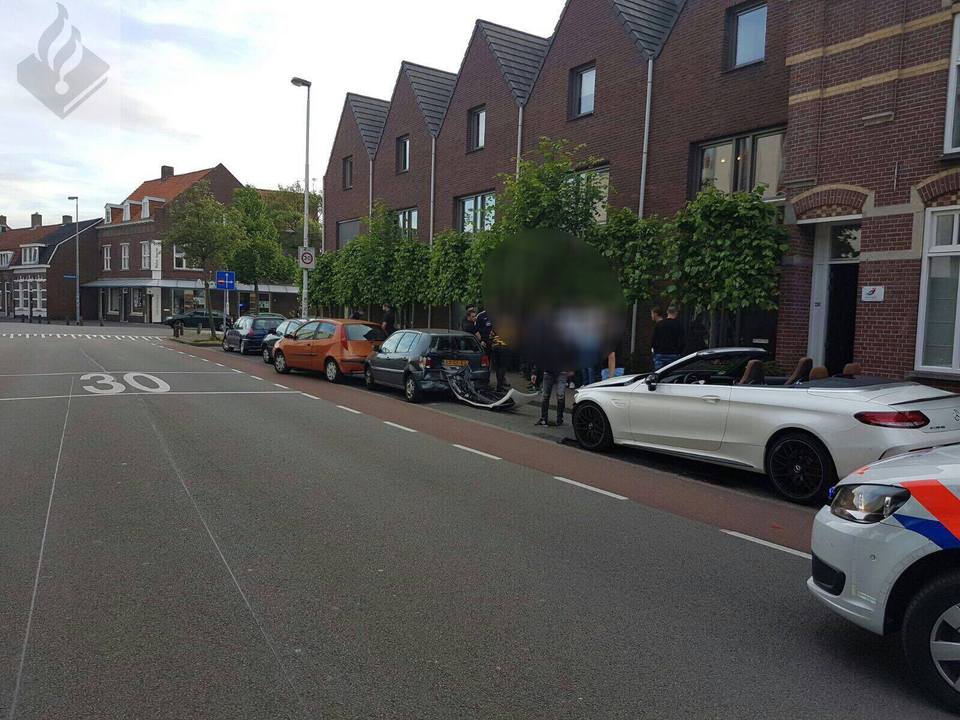 On Tuesday a driver lost control of his car on Hoogstraat in Eindhoven. The man ploughed his very expensive cabriolet into the back of a row of parked cars. There was considerable damage to all the vehicles involved.

The driver of the Mercedes CL63 AMG, apparently accelerated too fast, causing him to lose control over the car. The accident caused quite a stir in the neighbourhood.

No-one was injured in the accident and the police were only needed for the correct completion of the necessary forms. The damage is expected to be ten-of-thousands of euros.