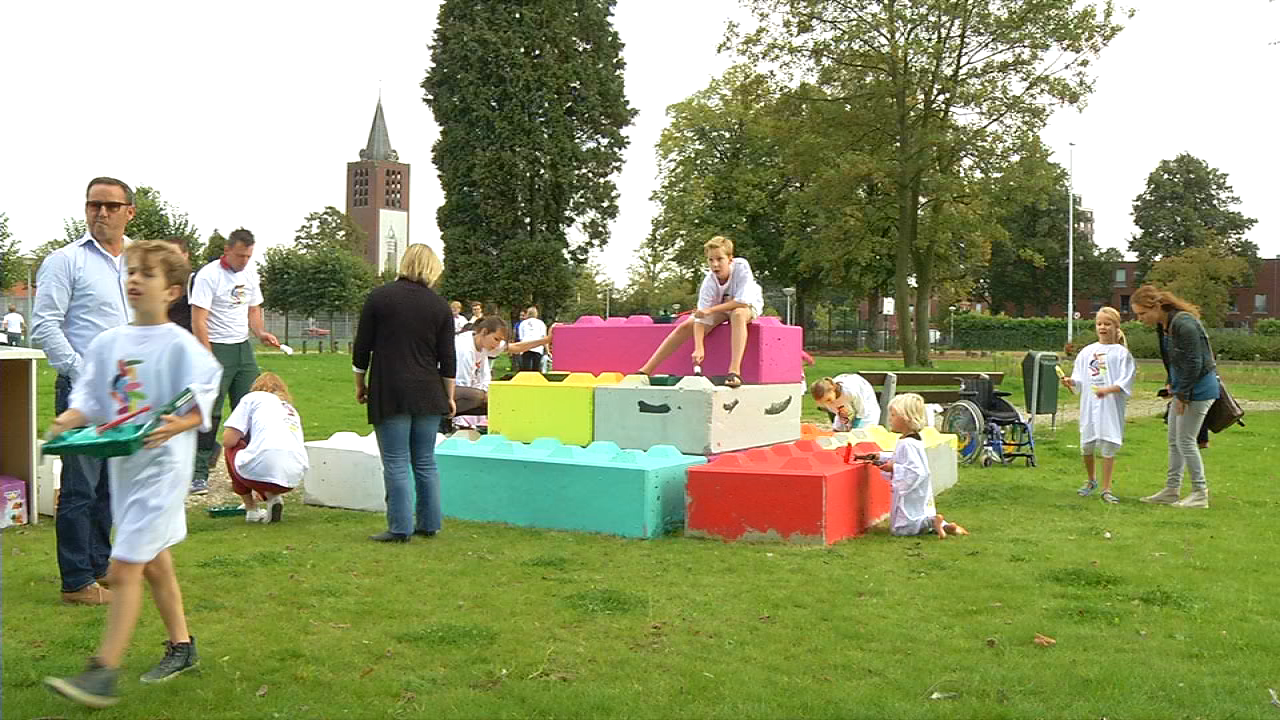 Yesterday, Koriander Park, a waste land that was turned into playground for children, was officially opened.

The waste land, located in the ‘Kruidenbuurt’ (Herbs neighbourhood), had not been used for a long time. Building corporation Trudo had plans to build houses, but there are no funds available due to the crisis. The construction project has therefore been postponed.

Trudo, together with local residents and ‘Stichting Buurtbeheer Kruidenbuurt’ (Kruidenbuurt management foundation) worked out a new plan. A park was created with trails, benches, an off-leash dog area and lots of room for children to play. The park already had a BMX track and a roller rink that is turned into ice-skating rink during the winter.

The entire neighbourhood participated in the make over by suggesting ideas. The children also took action: in order to brighten up the park, they painted eighty grey concrete blocks and changed them into colourful Lego blocks.

It is unclear whether the children will get another playground or not when Trudo resumes the construction project.