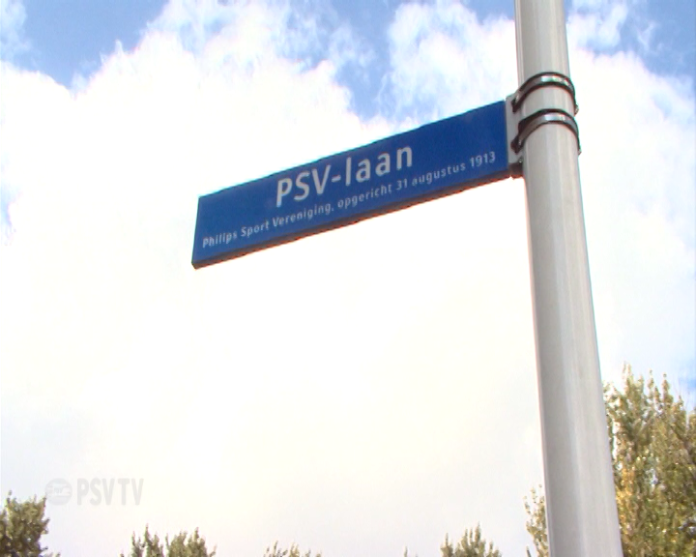 The PSV-lane street sign is missing again. The street near-by the Philips Stadium has only existed since this past Saturday, but the sign is already missing.

It’s obviously a shame, but not unexpected, according to the football club via Twitter. PSV will soon meet with the municipality to discuss the situation. The newly revealed sign was temporary. A permanent street sign is yet to be chosen.
The PSV-lane was unveiled Saturday by Mayor Rob van Gijzel and club icon Willy van der Kuijlen. These events took place to mark PSV’s 100th anniversary.