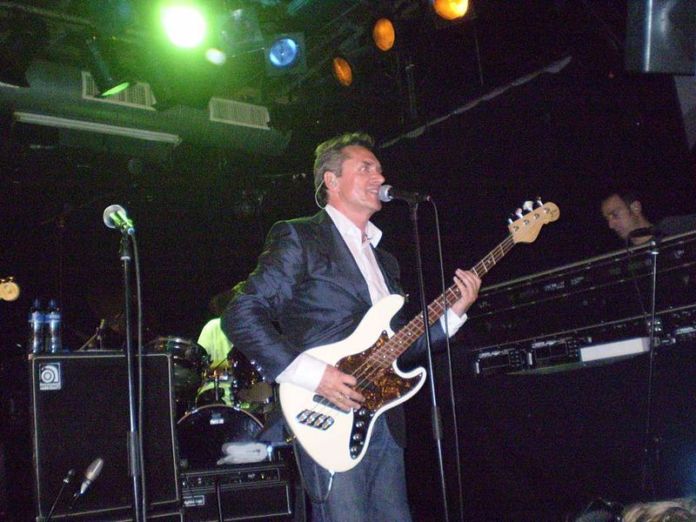 ‘Doe Maar’, a name you could roughly translate in English as ‘whatever, go ahead’, was the most important Dutch band of the first half of the eighties and their songs are still very popular today. If it’s ‘Pa’ (Dad), ‘De Bom’ about the nuclear bomb (very eighties), ‘Is Dit Alles’ (is this all there is) or ‘Nederwiet’ (you can probably guess that one), all of them are still regularly played on Dutch radio. Basically, every time you hear a Dutch reggae-tinged song from the eighties on the radio, chances are high that it’s a song by Doe Maar.

Their songs are also regularly covered. Last year it was Gers Pardoel who made a new version of ‘Liever Dan Lief’ (sweeter than sweet) with members of Doe Maar.

From 1978 on Doe Maar became highly successful, they even had many teen idols. The band itself was a bit uncomfortable with that idea, because of the adult nature of some of their lyrics. Indeed, singer and keyboard player Ernst Jansz, probably one of the Netherlands’ first teen idols, was well into his thirties when he became famous with Doe Maar, already establishing himself as a pre-eminent musician as part of sixties folk group CCC Inc. The huge success was one of the main reasons the band called it quits in 1984, leaving behind thousands of traumatized teenage girls.

One of the most famous songs of Doe Maar is called ‘32 Jaar’ (32-years-old), also known as ‘Sinds een Dag of Twee’ (since a day or two). Singer Henny Vrienten sings about a guy who, at 32-years-old, finds it strange to notice he’s in love again. Actually, he’s shaking on his legs whenever she leaves. He doesn’t mind that at all, as long as she makes love to him. Towards the end of the song he becomes so obsessed with her he keeps singing the same line over and over again: ‘ze is, ze is van mij’ (‘she is, she is mine’). The main reason why the song is still well known today is because it was not just a hit in the eighties, but also as a re-release in 1991.

Doe Maar does play a reunion concert every now and then. Back in 2000 they played sixteen sold out shows at Ahoy in Rotterdam. In 2012 they were the main act of the Symphonica in Rosso-concerts in the Gelredome stadium in Arnhem.