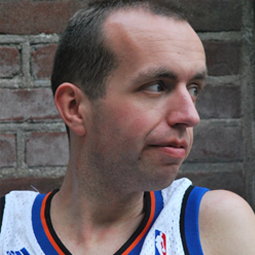 Ever wondering what the Dutchies are talking about when they talk about Dutch bands? Or what the lyrics of that golden oldie that’s played on the Dutch radio over and over again are about? On Eindhoven News I will write regularly about Dutch music classics. Songs, most of the time well known in the Netherlands, but barely known across the borders of the country. Sometimes in the English language, sometimes in Dutch, or maybe even in dialect.

Do you miss a Dutch classic that you desperately want to know what it’s all about? Please, let me know by sending me an e-mail at guidje@gmail.com Golden Earring – Radar Love When does a song become a classic? The most obvious route is reaching the first place in the charts. The other route is clearly via a strong record label.[nbsp]
Golden Earring’s Radar Love is probably the best known Dutch song anywhere in the world.[nbsp] In 1973, the year of its release, it reached the first place in the Dutch singles charts and stayed there for three weeks, after which Demis Roussos’ ‘My Friend The Wind’ took over the top position. Yes, those were the days.

Outside the Netherlands , the success was somewhat less. The song reached a thirteenth place on the Billboard Hot 100 and the Earring, as the band is lovingly called by their loyal fan base, scored a top-10 hit in Britain with ‘Radar Love’. Meagre as it may sound, for the Dutch band it must have been like winning the World Cup in soccer, or football, if you like. One of the main factors attributed to their success was that Golden Earring was well known as a support act for The Who, on their British tour in 1973. It earned them a record deal and the first single ‘Radar Love’ was highly promoted by the record label.[nbsp]

The song was also promoted extensively in the United States. The American success of ‘Radar Love’ isn’t that surprising when listening to the lyrics. It describes a long drive in a car, probably on some American Highway, with the radio playing ‘some old forgotten song.’ That old forgotten song being country singer Brenda Lee’s ‘Coming On Strong’ gave the song a sly double meaning. After the success of ‘Radar Love’, Golden Earring toured extensively in the US, but they didn’t come up with a second smash hit until the beginning of the eighties. This time it was ‘Twilight Zone’, nowadays regarded as a new wave classic, that did the trick. And the band is still busy, releasing their latest album in 2012, called ‘Tits ‘n Ass’.

‘Radar Love’ remained a popular song through the decades. It has been covered more than two hundred times, by artists as diverse as James Last, U2 (Bono once announced on Dutch radio that it was his favourite Dutch rock song) and Iron Maiden. Rumour has it, even Homer Simpson has sung it. In 2001 it was voted the second best driving song by the viewers of Top Gear, behind Queens’ ‘Don’t Stop Me Now’. The Washington Post was more generous and gave it the title ‘best auto radio hit’ in 2001. Yes, even nowadays, once a day an American radio station, somewhere, will play it.

The song even boasts of extraterrestrial credentials. In 1997, when NASA sent the Pathfinder to Mars, the Pathfinder had to be woken up every morning by a wakeup call, usually a popular song.[nbsp] Apparently on the day ‘Radar Love’ was played, the Pathfinder drove as far as seven metres. A small step for the Pathfinder, but a giant step for Golden Earring.