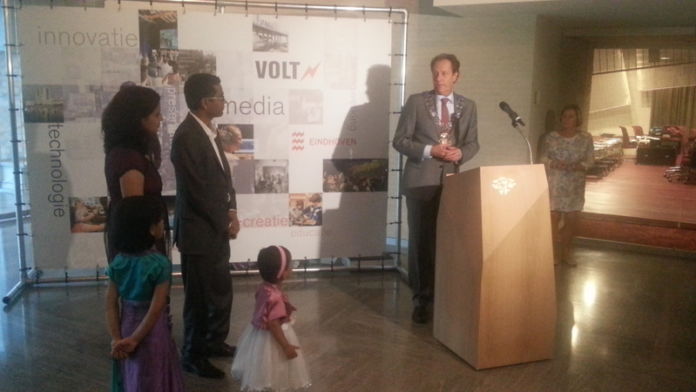 It’s official! Eindhoven has 220,000 inhabitants. Shirish Halapeth from India was welcomed as the 220,000st inhabitant on Tuesday evening. He comes from the Indian company Wipro and works for Philips at the High Tech Campus.

Mayor Van Gijzel called the amount of inhabitants a milestone. The population growth in Eindhoven over the last few years is primarily the result of a steady stream of knowledge workers coming to the City. They are mainly working in the technology sector and the creative sector.

There is also a slight increase in births and many younger people are remaining in Eindhoven instead of moving to live in the Randstad (closer to the capital).

Population growth in Eindhoven started before the war with the expansion of Philips. At the time, there was a young population with large families with many children. Around 1940 there were around 110,000 inhabitants. After the war, there was a lot of building work done in Eindhoven. This led to an increase in the number of inhabitants in 1970 to 190,000. That figure did not increase in the decades that followed because of economic conditions. Growth began again in the 90’s, amongst other things because Meerhoven, a new housing district.