PSV qualified for the quarter-final of the KNVB Cup tournament on Tuesday. But Eindhoven is still waiting for the vollgasfussball that Roger Schmidt made a name with. Can we expect that on Saturday, when RKC Waalwijk comes to the Philips Stadium?

The first half showed a PSV that wasn’t able to dominate against the number seven of the second division. FC Volendam, on the other hand, circulated the ball like a serious Eredivisie contender, without holding back or any sign of fear to play their own game.

The orange-and-black squad got their first serious chance in the fourteenth minute, but Lars Unnerstall stood in his way. Soon after, when PSV were in the counter-attack, Denzel Dumfries failed to give a crucial assist in the enemy’s penalty box. Volendam then continued their dominant playing style and kept control throughout the first half-hour, or one could say almost the entire first half.

In the next counter-attack captain, Dumfries succeeded in giving that crucial assist, but Donyell Malen failed to bring it home. Noni Madueke shot on target soon after but saw that blocked by goalkeeper Joey Roggeveen. A couple of minutes later Unnerstall gave a terrible pass, which ended right in the opponent’s feet, but he shot the ball high over the German goalkeeper’s goal. Mauro Júnior was close to the 0-1 but was just too late to turn Madueke’s pass into gold.

PSV struggled hard to build even a simple attack, especially when the Volendammers pressured the defence. The Eindhoven side had all the luck when a scrimmage didn’t result in the 1-0, shortly before the half-hour.

Both teams got several serious chances on the opening goal, but neither were efficient in front of the goalkeeper. The number of half-passes, half-opportunities and half-shots on target became too numerous to write them all down here. PSV really played half-vollgasfussball, and it was frustrating to see.

Ibrahim Sangaré spilt the ball childishly, with two huge chances as a result. If it weren’t for Unnerstall, Schmidt’s men would have conceded at least two goals already. The German stand-in for Yvon Moge was the reason PSV entered the dressing room with a clean sheet at half time.

In the second half, Schmidt let Ryan Thomas start for Mohamed Ihattaren, who stayed behind in the dressing room injured. The team started with more energy and created its first chance in less than two minutes. This seemed to be a harbinger because several chances followed.

Finally, after 51 minutes, Madueke was able to find good space and shoot the ball in the far corner. Volendam started making more fowls in attempting to stop the red-and-whites, who kept pressing on to score the second goal as well.

Similar as in the second half against Sparta, Pablo Rosario had been moved further forward to keep the pressure on the opponent’s defence. Footballing wise, players were looking for solutions in forward passing more than in the first half.

An interception by Rosario led to a chance for birthday boy Malen, but his shot went wide. Twenty minutes before time Dumfries’ shot hit the bar, and Malen almost scored the 0-2 from a corner kick with a bicycle kick.

Érick Gutiérrez and Eran Zahavi came in for Madueke and Malen, and PSV switched to a 4-3-3 system. Adrain Fein also came in after Sangaré twisted his ankle. Zahavi gave a sweet through ball on Dumfries, who again managed to enforce a penalty when he went down after a minor hit. Roggeveen picked the right corner, but couldn’t stop the captain from scoring the 0-2.

With ten minutes left to go, Schmidt’s men kept searching for the third goal, and the head coach brought Joel Piroe for Mauro. He soon fired his first shot, but it went over the goal. One minute before time FC Volendam hit the second goal post, and three minutes later headed a ball over Unnerstall’s goal. It was the last threat before the final whistle, and PSV qualified for the quarter-final of the KNVB Cup tournament.

All in all, this match was again far below the level we should expect from a top club like PSV. It’s about time for Roger Schmidt to send a team onto the pitch with the ability to dominate, make fewer mistakes in passing and defending, and who are simply able to look a lot more like a top team. Every opponent always creates chances, and the luck won’t always be on your side.

RKC Waalwijk is the current number 15 on the ranking of the Dutch Eredivisie. The last time they won a match was on Saturday 5 December, so they are hungry for points. For the history, familiar faces and facts and figures of RKC, please read the article I wrote for the away match of 18 December last year.

Since PSV played the away match in Waalwijk, the Roman Catholic Combination stumbled down on the ranking. They had already lost the match the week before, and after they lost the home match against PSV, they also lost against Fortuna Sittard and ADO Den Haag.

In the away match against Heerenveen, they took a point, and last week another one at home against Willem II. But these teams aren’t doing well themselves either. Fred Grim must have been glad when the management announced the attraction of midfielder Yassin Oukili, who left Vitesse and signed a contract until 2023.

So far Finn Stokkers is the only reliable striker when it comes to scoring goals. The other six have only scored seven goals together, just two more than Stokkers alone. Vitalie Damascan, Lennerd Daneels, Ola John and Cyriel Ngonge were good for six assists together as well, but that’s the same number as all midfielders put together.

Head coach Fred Grim is all about playing football the Ajax style, but how much can he expect from the choice of a club that works with a €7 million budget?

Maybe the match against RKC can be compared to that against FC Volendam, as both coaches have similar visions. With this in mind, hopefully, Roger Schmidt has a better plan than he had last Tuesday. If he learns from that fast, this home match should become an easy win for PSV. If he doesn’t, it might become another frustrating football night.

Schmidt told the Eindhovens Dagblad that some players were tired because it was the fourth match in nine days. When I count, I come to ten, but still, I don’t see how this is an excuse anymore. Most players are fit, or close to fit, and the worst period was in November of 2020. After the match against RKC, two more away matches follow in January: FC Emmen on the 26th and Feyenoord on the 31st.

Okay, Cody Gakpo, Mario Götze and Nick Viergever aren’t fit to play, and Olivier Boscagli needed some rest. Mohamed Ihattaren, Ibrahim Sangaré and Marco van Ginkel will probably also be back on Saturday. For the last updates on fitness or absence of players, watch the pre-match press conference on Friday at 11:00 AM (or after) through this link. 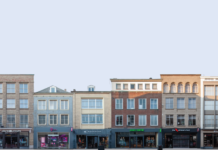 February 4, 2021
PSV and Bavaria’s Glas voor Glas campaign has raised €10,000. The money will be donated to business owners in Eindhoven affected by the recent...