About a thousand employees of truck builder DAF and another five hundred from chip machine manufacturer ASML expect a union on Thursday near the Parktheater in Eindhoven. At around nine this morning, the first strikers reported registration for the relay strike in the metal sector. They register in the special ‘stake street’ where they can drive their car through.

According to representatives of the CNV and FNV unions, although the pandemic prevents massive strike rallies, DAF and ASML will still sense the strike. “The point is that people don’t work. Production suffers from that, so that will certainly make an impression on these employers,” says FNV negotiator Petra Bolster.

After the official registration as a striker, employees would receive compensation and then go home. “In this exceptional case, employees are allowed to sit out the strike further from home,” said CNV union leader Robert Wonnink.

According to the unions, thousands of people across the country will leave their jobs. Apart from ASML and DAF, more companies are involved: for example, aircraft parts maker Fokker, stairlift builder ThyssenKrupp and the shipyards of IHC and Damen. All actions are intended to last at least 24 hours. At some companies such as DAF and ASML, the first round of strike will last for two days.

According to the unions, the fact that some companies are currently not doing so well is no excuse to not pay employees in the metal sector better. “For example, things are going very well with ASML and DAF,” says Wonnink.

In the metal sector, major strike waves have taken place more often in recent years, each time involving campaigns by a large number of companies. This time, all strikes are organised corona proof. 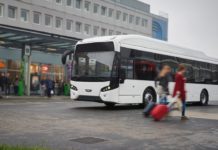 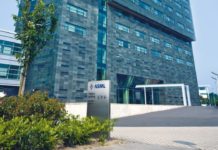