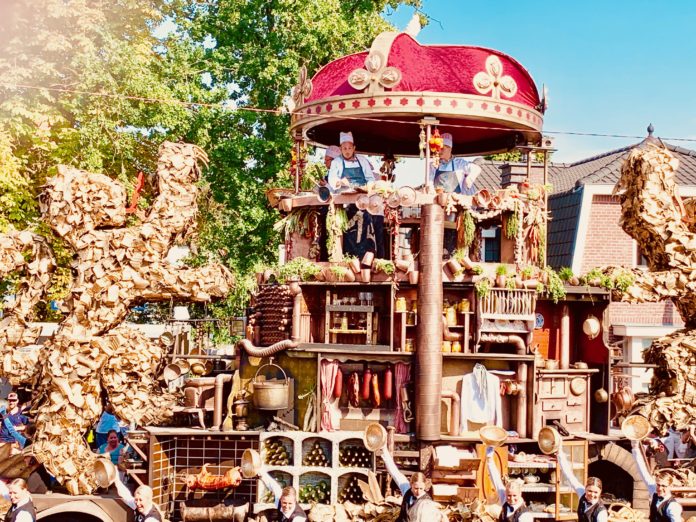 Since 1958, the beautiful village of Heeze- a suburb south of Eindhoven-has been known for its annual culture festival. Brabantsedag – or the Brabant day-is the largest cultural event about and in Brabant.

It started as a peasant parade- there in lies the root of this event- now it has grown into a top event with more than 30.000 annual visitors. It is a nine-day festival that takes place every last Sunday of August and includes art, information of Brabant’s culture, history, traditions, theater, street theater and music.

The high point of this day is the impressive parade that roam the streets of of this cosy village demonstrating the finest creative and innovative talents of almost 2000 actors in 16 rolling wagons with their splendid theatre decors and accompanying theatre. The floats displayed are unique and one of its kind other than being completely complex, elaborate with highly sophisticated designs. These are not merely huge, but also employ good mechanical design, choreography and detailed costume designing. The groups work sometimes for longer than 10 months with passion and dedication on their cars, accessories and make their fantastic creations come alive with music, theater and play. 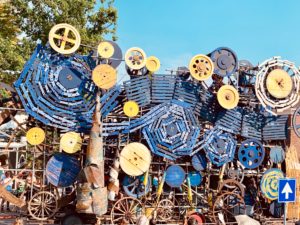 This year Heeze celebrated the 62nd theater parade on the 25th of august. Like always, sixteen groups participated and as many theater sets toured through the center of Heeze. The aim of the Brabantsedag Foundation is to look for a theme within the history of the Duchy of Brabant that can be motivating and inspiring to the car builders. This year the chosen theme was: ‘What moves the people of Brabant?’ The theme set the tone for the great rolling theatre parade by 16 car manufacturer groups.

The historical subjects like  ‘‘Ge Wit ’T Oit Noit Nie’ (‘Storm van Ramptoerisme’) -a tornado from 1925 that had left a destructive trail all over the Brabant countryside and how a million disaster tourists rushed over to the area struck with the calamity, causing their own chaos or the float named ‘Worthy of a Ribbon (Vriendenkring Schenkels) show how during the second World war Heeze’s weaving company Van Engelen & Evers continued their usual production monitored by the Nazi’s and yet in secret produced ribbons & emblems  to celebrate the imminent freedom. The floats recreated the time gone by and reminded us about the legacy that continues. 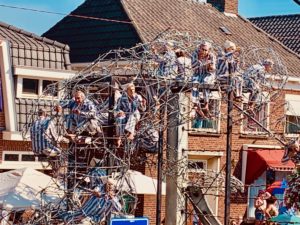 A bright, hot day it was, but that did not prevent the spectators to reach the venue and enjoy the 62nd edition of the Brabant Day. The spectators- almost 40.000- came prepared with caps,hats, umbrellas and water bottles to make the most of this special day filled with spectacularly towering theater sets. All the 16 groups participated for the prizes that were declared at the end of the day.

The public and press prizes went to the impressive ‘Fleeing from Camp Vught. Escape for Freedom. (‘Gevlucht uit Kamp Vught’) by Vriendenkring Ietskes Schif. ‘Ge Wit’T Oit Noit Nie’ (‘Storm van Ramptoerisme’) was named the overall winner of the 62nd Brabant Day. The Pearl award (de Parelprijs) which is given special group performance or for special construction,representation or use of materials was handed over to Skôn construction. Their creation was on the incomparable inner thoughts of Vincent van Gogh. “Vincent. What moves him?” (Vincent, Wat beweegt hem?).

‘Its amazing how they have turned the concept into a theater parade of this level’, said Joyce who visited the Brabantsdag for the first time from Utrecht’I’d no idea it was going to be this huge, I’m surely going to recommend it to all my Expat friends, a day well-spent amidst history!’

And she is right. It’s a complete day, packed with entertainment and art, history and street theatre.