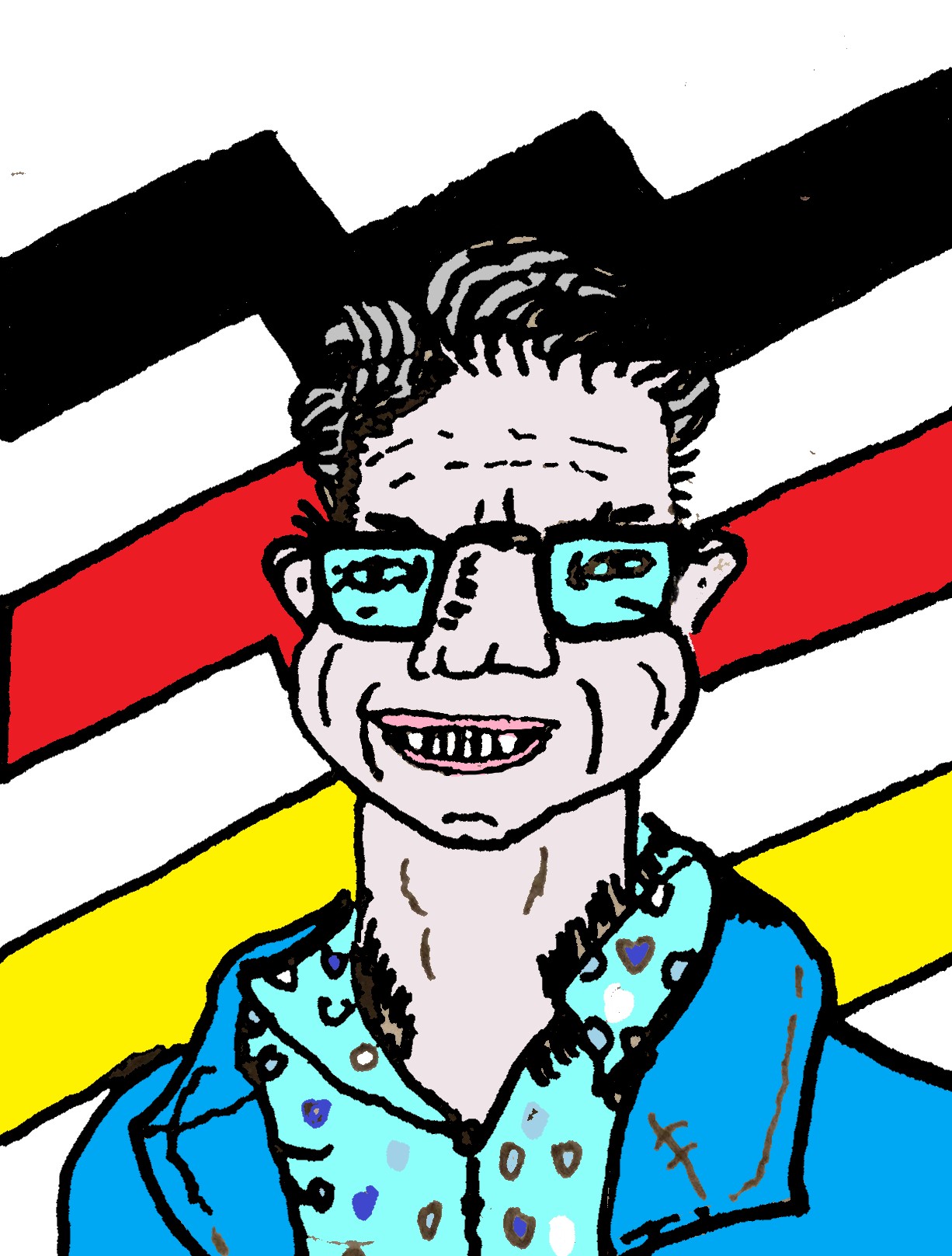 “I love this job”, stated council member Kay Sachse. The German council member, originally from Aurich Germany, has lived in Eindhoven for more than two decades. During his time, he has witnessed this city grow into a melting pot for all cultures.

An avid supporter of green politics it is no surprise that he joined GroenLinks (the Dutch Green Party). “I have always followed the news, even the local. Eventually I form my own opinion. It is also important to be politically responsible,” said Sachse.

In his view in 2013, his political responsibilities did not end with voting. He decided to run for the local council. “Just do it, I thought to myself,” said Sachse. “Dare to make mistakes. I wanted to bring another perspective to Eindhoven.”

When asked about his city’s future, he said: “Eindhoven needs to be a fifth element.” This is in reference to the 1997 movie The Fifth Element by Luc Besson, in which the fifth element represents hope for mankind. Sachse’s ‘hope’ is to make Eindhoven the third most important city in The Netherlands. “You have Amsterdam for culture and entertainment; Rotterdam for trade with their international seaport; and, Eindhoven as a ‘Brainport’ for knowledge. This city needs to be a third major player in The Netherlands. I see the future as something fun and exciting for this city.”

However, Den Haag politicians do not always see eye to eye with local council members in Eindhoven on the city’s future. For example, Mayor John Jorritsma has repeatedly asked the central government for more money to develop Eindhoven. Sachse commented that, “Den Haag sees things either or. Eindhoven is often overlooked in national politics and instead of competing with the ‘Randstad’ we should be working together.” The Randstad, of course, referring to the megapolis consisting of Amsterdam, Rotterdam, Den Haag and Utrecht.

It seems that Sachse’s aspirations for Eindhoven might even become a reality. Recently, the cabinet promised €900 million to aid regional bottlenecks, which includes the city of Eindhoven. Whether this amount will be enough to put Eindhoven on the path to being well-known as The Netherlands’ major knowledge center, is yet to be determined.

The municipality elections are nearly upon us. How do you, or your party engage with natives and non-Dutch? Again, Sachse: “With campaigning, of course, there are initiatives like the G1000, which puts hundreds of ‘Eindhovenaren’ together to bridge the gap between politicians and citizens. All attending discuss solutions for our common placed problems.” The G1000 is an initiative organised by EINDHOVENTOP  and is a gathering that Sachse personally attended to discuss expat issues with other internationals. “This city needs to show a welcoming culture for expats,” commented Sachse. “I think employers should help with this because they hire foreigners. Together we should make a ‘Gemeente Eindhoven welcoming package’ in order to inform internationals about Dutch rules and to motivate them to join the community.”

Right now, Sachse is the only non-Dutch member on the Eindhoven council. There are members with international heritage but they have nationalised.  Does he feel that he is representing all expats? In answer to this question, Sachse says, “I can understand that people put me in an expat box but I do not represent a specific group. Being an excuustruus [a token representive] in politics was not the reason why I decided to participate. I consider myself a very pragmatic person and with my general qualities I can address problems in the city. As I said: I bring another perspective into Eindhoven.”

Not every political party is putting effort into including everybody. For instance, Rudy Recker, a member of a Dutch populist party said, “Lijst van Pim Fortuyn doesn’t need the migrant vote”. In response, Sachse said, “It is a shame. I do not agree with only including Dutch nationals. Internationals bring an extra value to our municipality.”

Surprisingly, the pensioners party, Ouderen Appel Eindhoven (OAE), said during an international debate organised by Studium Generale, that they not only wanted to be inclusive to English-speaking, but also to Turkish-speaking migrants. According to Sachse, this seems out of character for their party. “OAE is just being opportunistic, when elected they will say the complete opposite”, said Sachse.

Mariam Frosi, an Italian Christian Democratic Appeal (CDA) candidate, might join Sachse as a new international council member. “I meet her once before, she is a nice person”, commented Sache. “I wish her luck.”

Two internationals on the council would certainly add to the council’s diversity and perhaps its ability to address residents’ viewpoints. Whether or not they get elected is uncertain—we will just have to wait for the result of the election.