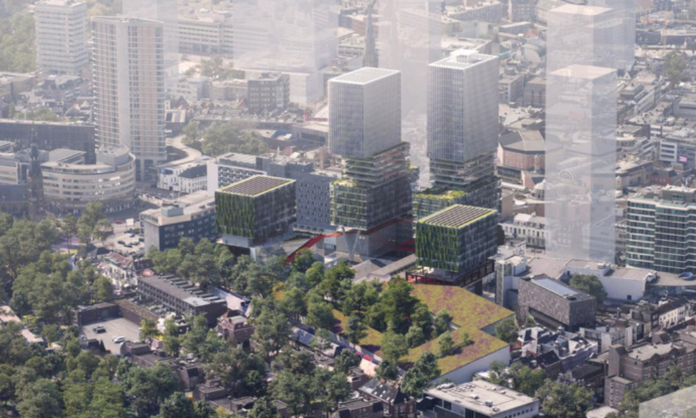 Being Development has gotten the green light to start developing the VDMA area in the centre of Eindhoven.

After four years of planning, research, designing and discussions, it was finally announced today – Being Development is the lucky winner of the tender issued by the Eindhoven Municipality. It concerns the VDMA (van der Meulen-Ansems) area in the centre of Eindhoven. 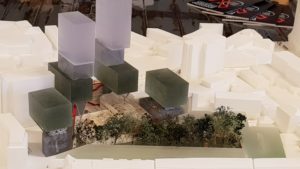 It looks too good to be true – a 3,500m2 city forest, surrounded by diverse housing options, leisure areas, working space, innovative start and scale-ups. In the middle, there will be a large stage to showcase all the activities.

The idea is that it will be an inclusive area, for citizens from all kinds of backgrounds from all over the city. “Join the Stage” is the project’s main slogan.

The space needed will be created by four large towers, with the highest being 105 metres in height.

Yasin Torunoglu is a Councillor at the Eindhoven Municipality. He is very satisfied with the developers’ plans. He announced the winner today. Maarten van der Sluis, Sebastiaan van Dam from Being, and David Gianotten from OMA are very excited to start as soon as possible.

The VDMA area is supposed to be the signboard of Brainport Eindhoven; it should be a reflection of the energy of this area. “This kind of design is not common in the Netherlands and is internationally known,” says David Gianotten from OMA architects. 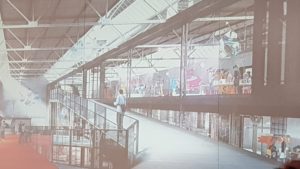 Historical aspects like the ramp of the previous VDMA garage will remain intact. The original building is still visible in the proposal.

The neighbourhood association was closely involved in the planning and decision making. They were unanimous on the decision of which developer could execute their plans. They are, after all, getting a ‘forest’ in their backyard.

The idea is to start soon; documents and licences still have to be arranged. However, units will be placed where people can already start working and living. If everything goes according to plan, the area should be ready in 2024.