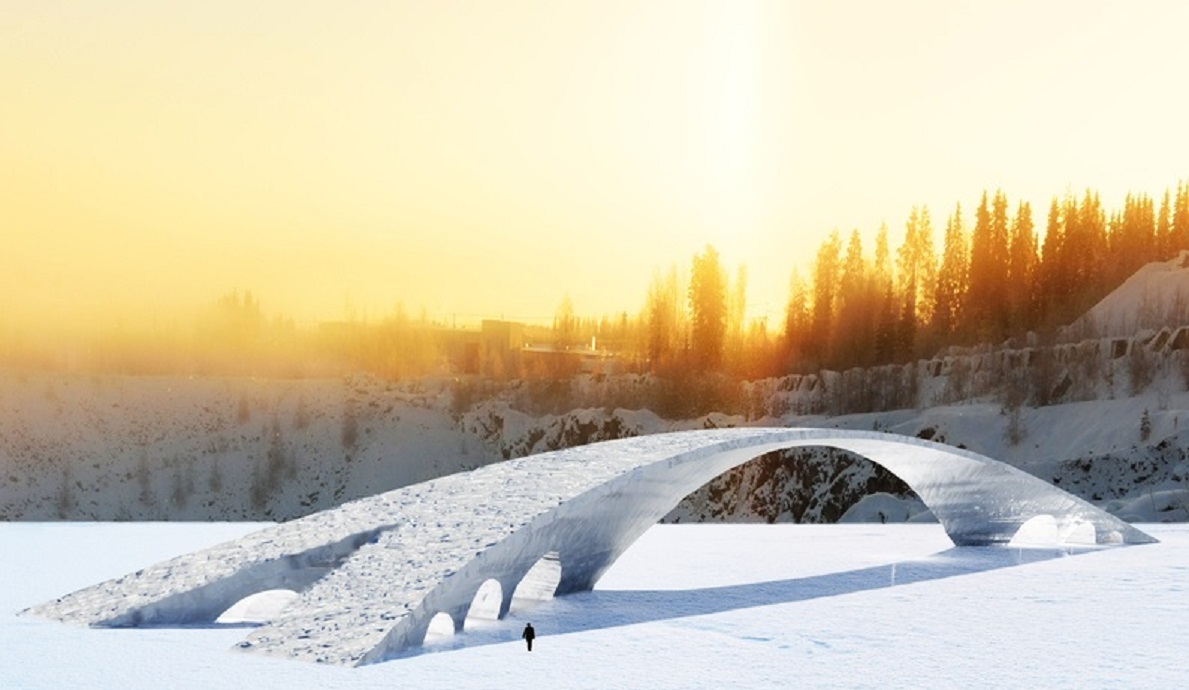 A team of students from the TU/e, along with two other universities, are going to attempt to build the highest ice towers on record. The towers have to be more than 30 meters in height.

The current record, also set by the TU students, is at 21 meters. Earlier they also built a ‘Sagrada Familia’ out of ice, as well as the world’s largest ice dome. This is all happening under the guidance of Arno Pronk, a lecturer at the university. The projects are meant to focus attention on ice as a sustainable (temporary) construction material.

The previous ice structures were built in Finland, but the increasingly warm weather had meant there are no more suitable locations in that country. For this reason, building will commence in Northern China this year.

Pronk says much higher structures can be built of ice as special fibres are added to the substance. These are mixed with water and when the ice is formed it is much stronger. The towers will, however, eventually melt.

The ‘Flamenco Tower’ s design is inspired by the traditional Chinese towers and a flamenco dress. Chinese, with a hint of European.

The students will leave in mid-December. The ice towers must be completed by 1 January 2018. A crowdfunding project with a goal of EUR 5 000, has been started in order to raise funds for the project.