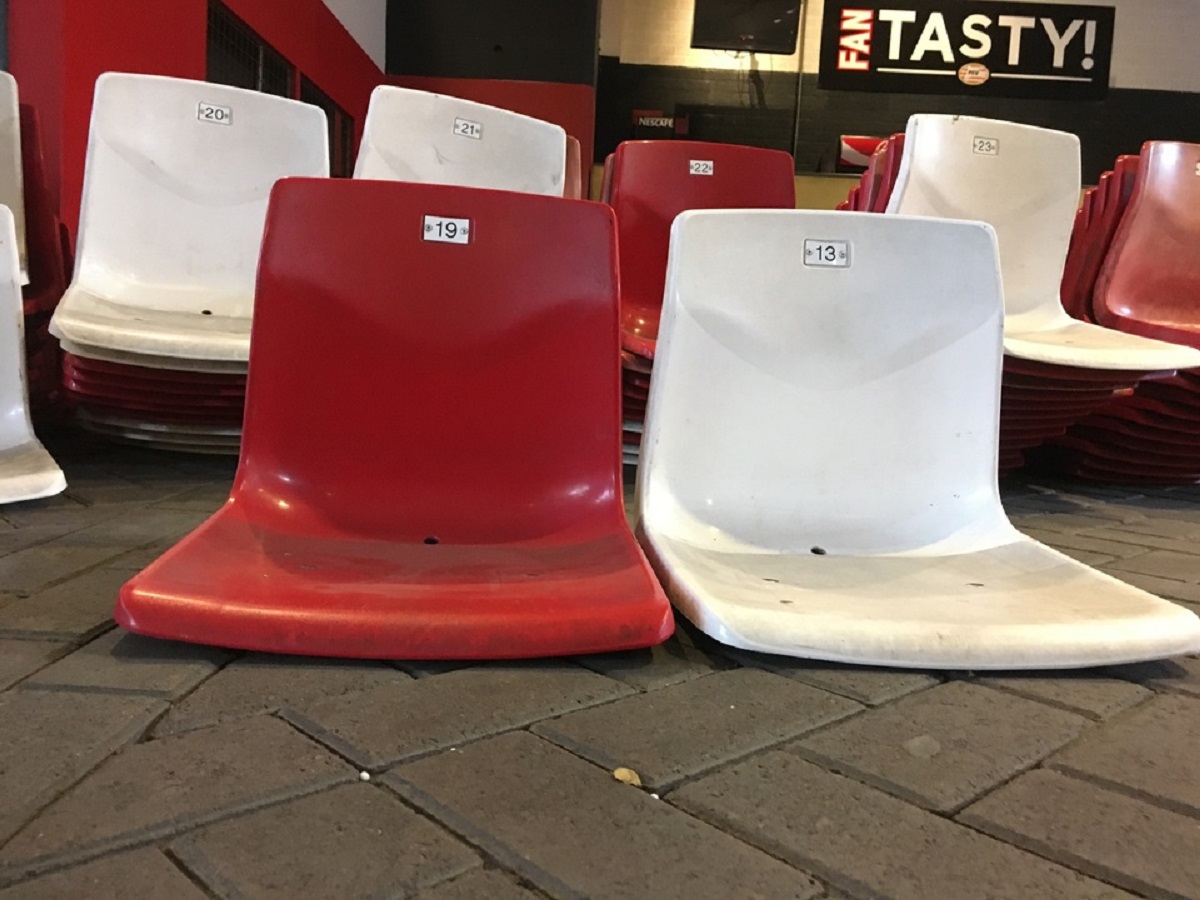 PSV General Manager, Toon Gerbrands, sold the first of 23 000 seats from the Phillips Stadium. The buyer was Zsuzsa Vermeij from Weesp.

She came, smiling, out with four seats in hand – Seat numbers 19 and 13 together form the year PSV was founded. “They’re not for me, but for my husband. We got married recently. Then you still do things like this for each other” , she said, smiling.

About 200 people were standing impatiently in line waiting to buy their favourite chair. What they are going to do with them? Make a couch, transform them into garden chairs, hang on the wall, put them in the attic. The seats are popular among the fans.

PSV will replace the chairs in stages during the coming months. The 1 000 seats from areas NN and OO will be sold first. The proceeds, 5 Euro per chair, will go to the PSV Foundation. The club hopes to have the seats replaced in time for the winter break.