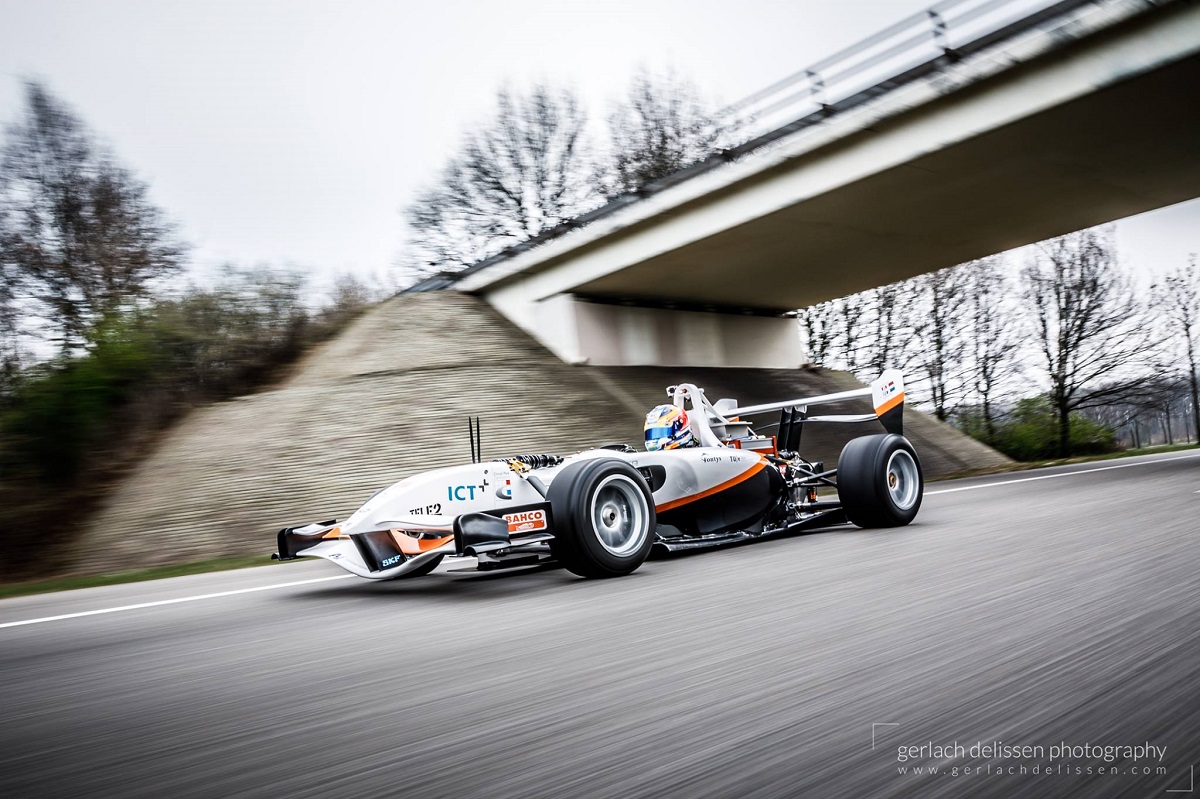 After having thrashed the track record for electrical formula racing cars last month at Zandvoort, the Eindhoven University of Technology’s team will make another attempt at Zolder this weekend.

On Saturday the students will race their car IM/e again at the Superprix in Zolder.

Last week they had trials at the TT Circuit in Assen. There the IM/e reached top speeds of 285 km/h. The car weighs in at 640 kilograms and can put out 400 kilowatt, 350 horsepower. It can accelerate from 0 to 100 km/h in less than three seconds. The power is delivered by two electric motors. Parts of the car are 3D printed and the software was custom designed.

Later this year there will be yet another record attempt on the TT Circuit at Assen. The ultimate goal is, however, to compete in the biggest of all endurance races, the 24 hours of Le Mans, by 2020.