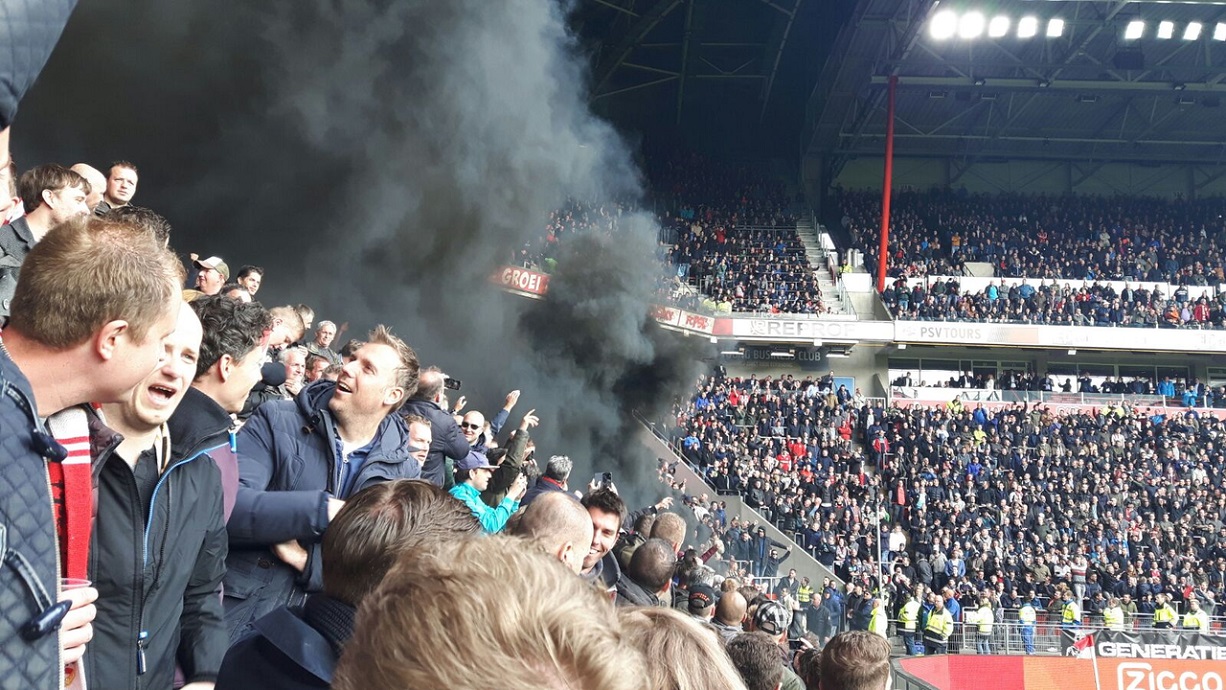 The court had extended the pre-trial detention of five PSV supporters who set off smoke bombs in Philips Stadium. They are being  charged with arson and public violence.

Six men were arrested last week. One was found to not have played any part in the incident.

The smoke bombs were set off on the east Stand, known to be the area of the stadium where die-hard fans sit. The thick black smoke spread over the Family Corner to the northern side of the stadium. It caused fear and panic and people suffered respiratory issues and burning eyes.

The police announced last week that there were probably more people involved. They were captured on camera. If they do not turn themselves in, these images will be made public.

PSV had announced earlier that these perpetrators would be dealt with severely.