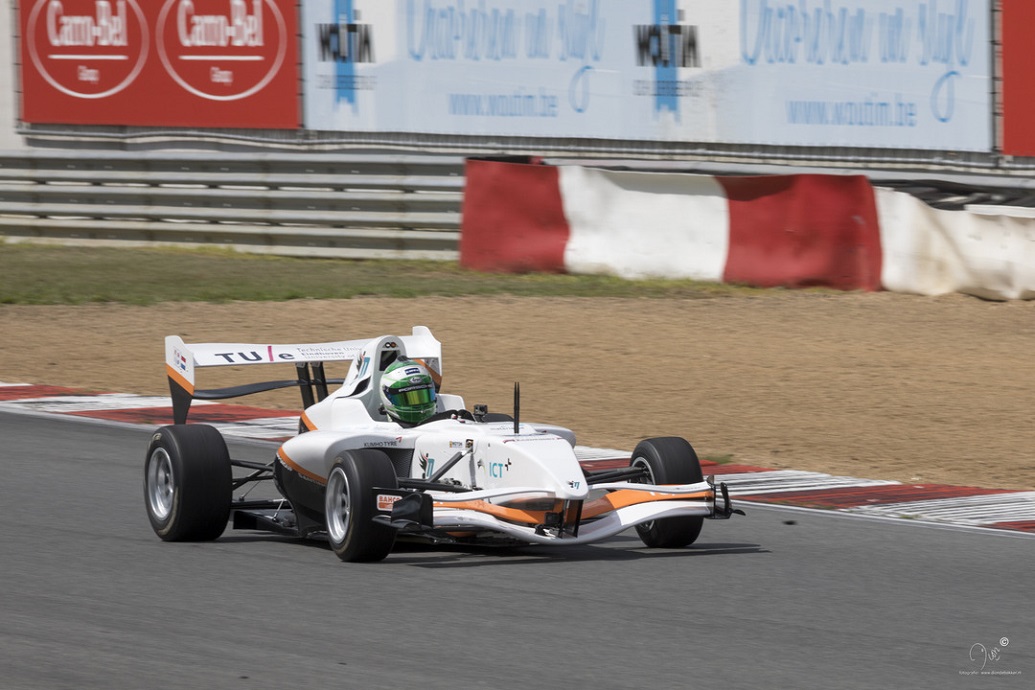 The student team, InMotion, broke the lap record at the Zolder Circuit in Belgium on Saturday with their self-built electric race car.

Dutch professional driver, Xavier Maassen, had a time of 1:42.614 seconds at the Zolder SuperPrix. This is the second win in a short time. In June, the team broke the electric record at Zandvoort Circuit with a convincing 16 seconds.

It is the students at TU/e and Fontys Highschool’s goal to, with it’s next car, take part in the innovation class in the 24 hours of Le Mans – the Garage 56 in 2020.

with this car, they are making a name for themselves and getting experience as well as testing their techniques for the Le Mans car. The team works at the Automotive Campus in Helmond, together with various companies from the Brainport region.