Home NEWS Council to deal with flooding in Geldrop 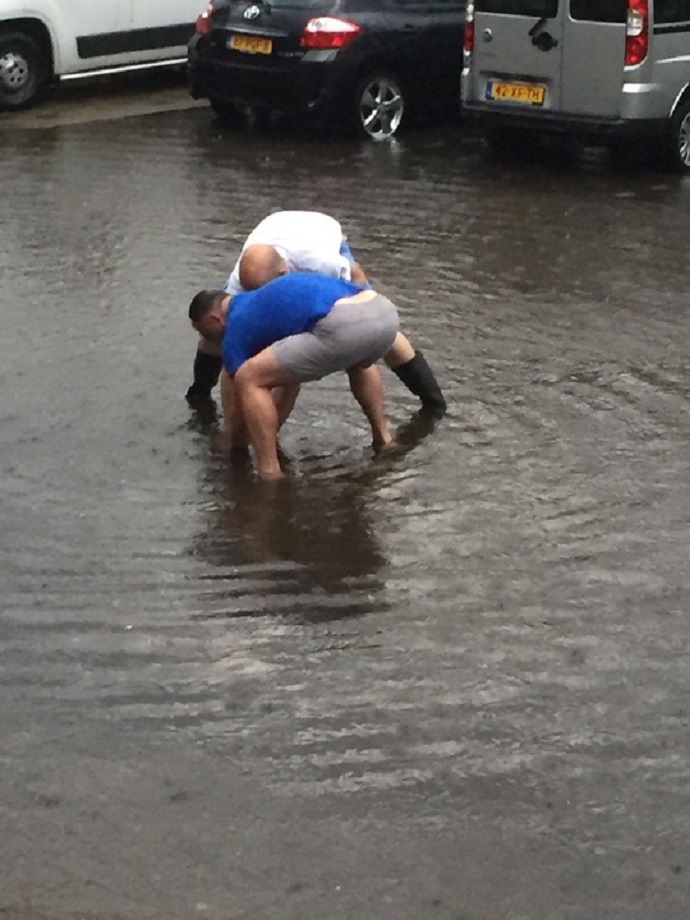 The Geldrop-Mierlo Municipality’s college van burgemeester en wethouders (Mayor and Executive Board) wants to remove more than four ton of earth to deal with the flooding in Laan van Tolkien. They are planning to create a catchment area under the garages in the street. This is in order to prevent houses from being affected during heavy rains.

The Laan van Tolkien in Geldrop has been affected by flooding numerous times over the last few years. When there is a heavy downpour, the water does not drain properly. And because homeowners garages are near the street, they get the worst of it.

“The water in the street is then up to one’s knees”, says a resident, Karin Lampe. “And when the cars drive down the street, it causes waves and then the water streams into our garages. I had fridges, freezers and other items in there, which were ruined.”

Residents are tired of this and are demanding that the Council comes up with a solution. And so it is. There will be a system of catchment areas under the garages. These will then connect to the sewer system. Cost: EUR 430.000.

“It seems like a good solution. I hope it will get done”, says Lampe. Dennis de Bont, who lives further up in the street, is somewhat more skeptical. “It must be done first. I hope it works”.

The plan still needs to be approved by the City Council. This will happen at the end of May or June, according to Councillor, Renée Hoekman. According to the Council, the cost of this project will not lead to higher tariffs.