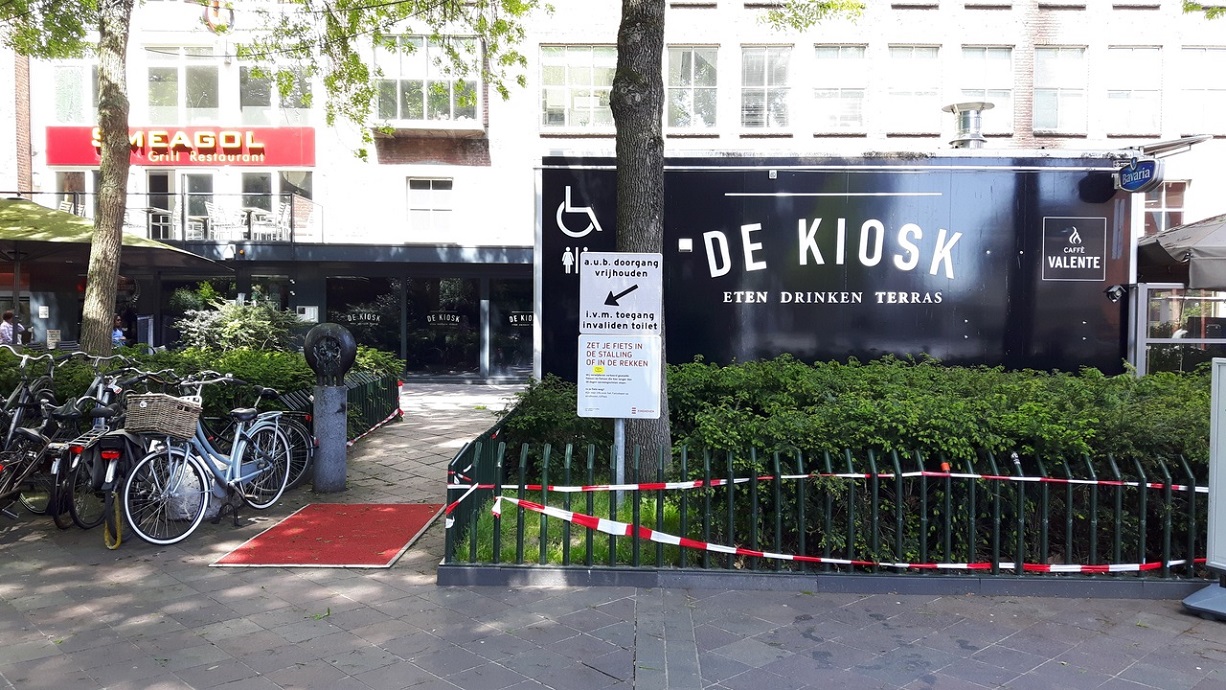 ‘Zet je fiets in de stalling of in de rekken’ (Put your bicycle in the shelter or in the rack’). These signs are up all over the centre of Eindhoven, and now there is one on Kerkstraat, between Catharinakerk and the Taco Bell.

If you park your bike outside, it will be removed and you can collect it from the depot for EUR 30.

People put their bikes any-which-where around the sidewalk cafés in Stratumseind, especially during peak hour and nights out. De Kiosk Restaurant, especially, has to deal with many lost bicycles. Owner, Jan van Hout, is however not happy with the changed bike policy: ‘it is now not possible for customers to leave their bikes at the front door. But, I do understand why it is necessary.’

There is a toilet for the disabled right near De Kiosk. It has, because of swaying cyclists, become increasingly difficult to access. In addition to the parking policy board, there is also a sign asking for the throughfare to be kept clear.