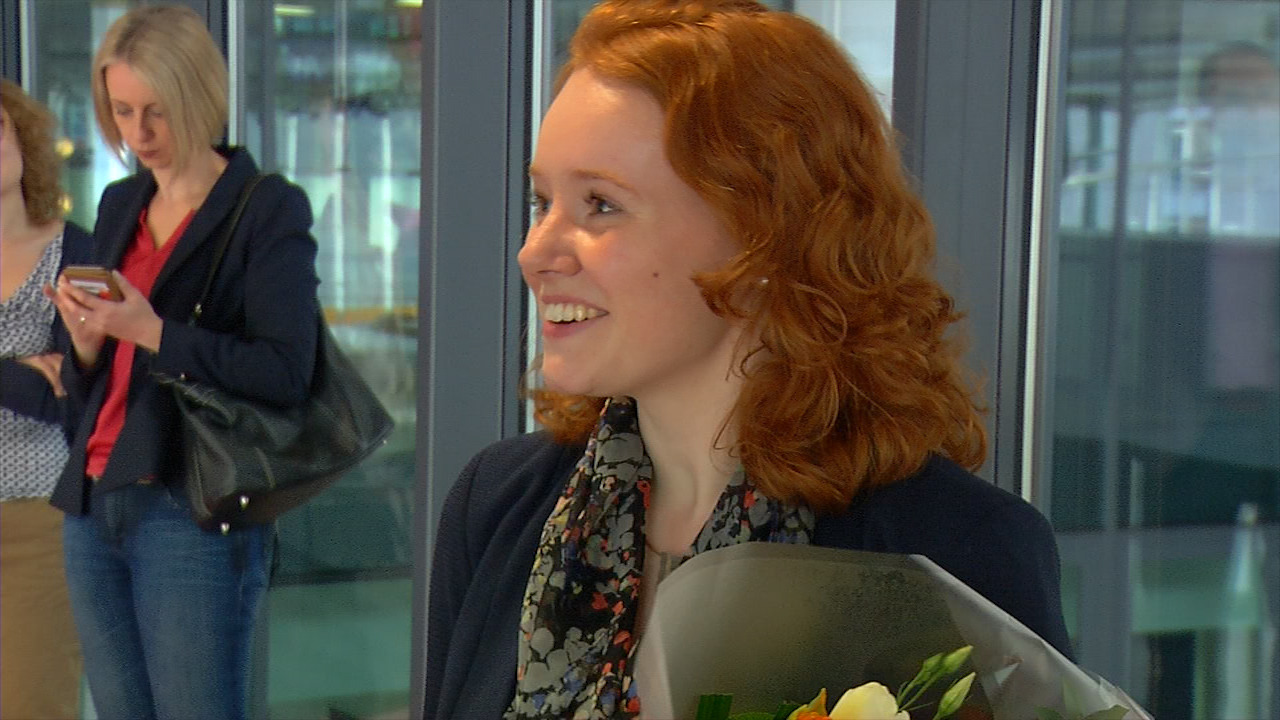 The 40.000th graduate student at the TU/e, Melissa van de Steeg, was the first to engrave her name in the glass walkway between MetaForum and Matrix.

The intention is for as much alumni as possible to engrave their name.

Not only Van de Steeg engraved her name this afternoon. Because of the milestone CEO Jan Mengelers and rector Frank Baaijens also did.

The 40.000th graduate being a woman was a coincidence. In total 15% are female and that percentage is growing. "Times have changed. Nowadays women also opt for a technical study. Positive, if you ask me," said Van de Steeg. She graduated last month and is now working at the Catharina Hospital.

The university urges alumni to also engrave their name during the Dream & Dare Festival. This is celebrated from Friday April 22 to Sunday, April 24th 2016 because of the sixtieth anniversary of the TU/e.