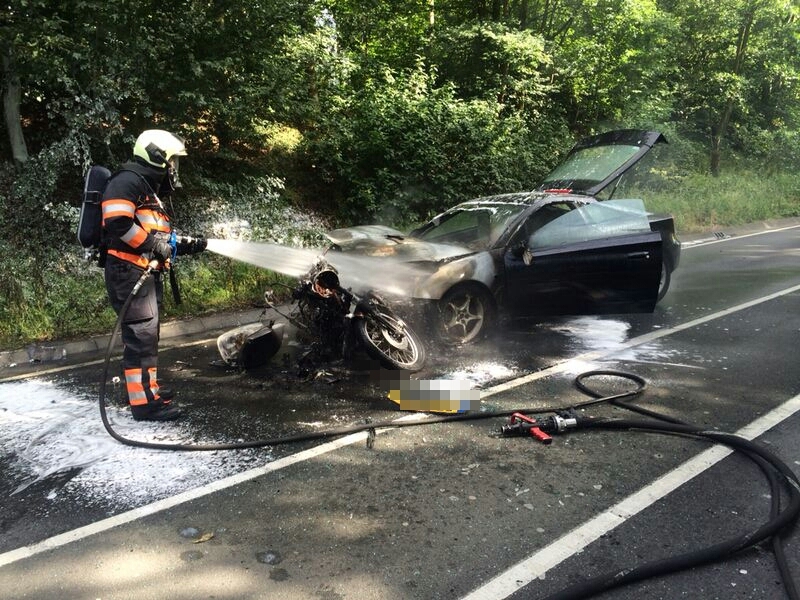 A motorcyclist was injured in an accident in Nuenen last night. Several cars were also involved in the accident whereby fire broke out after the collision.

Due to the wreckage caused by the accident, the road between Gerwen and Nuenen was closed for a while.
Emergency services arrived at the scene to extinguish the fire and the motorcyclist was taken to the hospital for observation. His condition is unknown.

Due to the road block, other motorist had significant delays. As of presently, the road has been reopened.
Source: Studio040