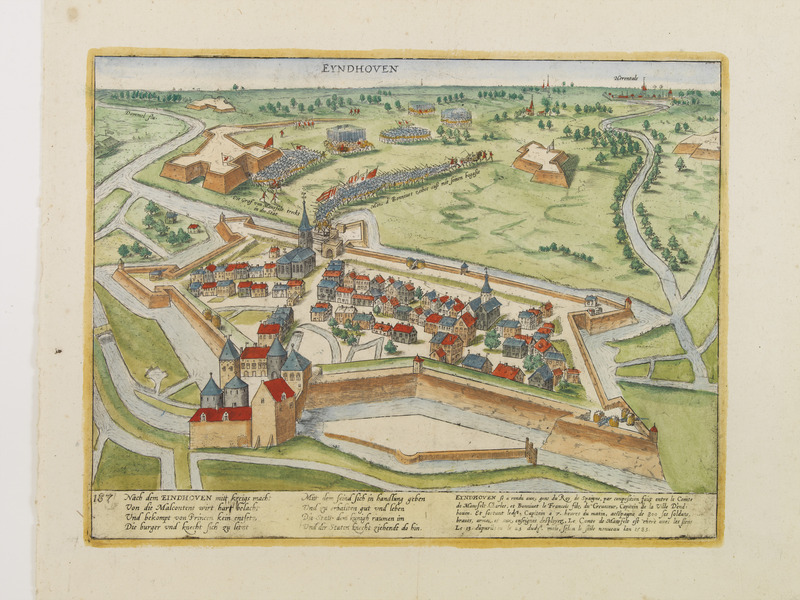 Where did the name ‘Eindhoven’ come from? It could simply mean ‘boundary of a settlement’ which comes from the old Germanic Frankish or Middle Dutch languages. Eindhoven could also be derived from the contraction of the regional words “eind” (meaning last or end) and “hove” (meaning yard or ground) .

Chartered in 1232, Eindhoven was granted city rights and trade privileges by Henry I Duke of Brabant. The city was well placed between, ‘s-Hertogenbosch, Liège and Antwerp in Belgium. The Duke of Brabant had political ambitions to develop the city and local farmers were obliged to sell their produce at the Eindhoven market. The city grew to one hundred and seventy houses between the Emmasingel, Keizersgracht, Wal en Vestdijk and was enclosed by a rampart or defensive wall .

By 1419 Eindhoven was a fort with a castle on the corner of the Vestdijk and what is now Ten Hagestraat. During a battle with the “Geldersen” in 1486, all municipal documents were lost in a massive fire that devastated the entire city. Only six houses on the Grote Berg, outside of the city walls were spared.

The city was rebuilt with taxes and went on to survive the plague, several wars and another fire in 1543.

Three hundred years later factories producing cigars and textiles replaced farming during the Industrial Revolution. But the real boom began when Philips founded their first light bulb factory in the city in 1891. By the early twentieth century Philips and ‘Hub van Doorne’s Machinefabriek’ now known as DAF Trucks were responsible for the growth and wealth of Eindhoven.The population grew to 46,000 and by 1920 the former vilages of Woensel, Stratum, Gestel, Strijp and Tongelre were annexed and became local districts.

People spoke of Great-Eindhoven from then on and urban expansion meant houses, schools and hospitals had to be built. Many culture and leisure facilities were established including ‘Stadswandelpark’ (city park) and the Van Abbe Museum (1936). On January 1st, 1940 the city already had 113,126 inhabitants.

During World War II Nazi Germany occupied Eindhoven and Philips factory was forced to supply Germany with electronic valves and radar equipment. On 6th December 1942 Eindhoven was under attack again but this time by British Air Force Mosquito bombers and unfortunately 148 civilians died. Large-scale air raids during Operation Market Garden to aid the US 101st Airborne Division paratroopers in securing the bridges on 18 September 1944, destroyed large parts of Eindhoven .

After the war traditional industries disappeared to be replaced by decades of success at Philips and DAF. When DAF Trucks went bankrupt in 1993 and Philips Headquarters left Eindhoven in 1997, Eindhoven seemed economically doomed. Eindhoven had to reinvent itself and build upon its legacy and reputation.
Brainport Eindhoven Region with new High Tech industries, R&D development, High Tech Campus, TU/e, the University of Technology and the renowned Design Academy Eindhoven have created a new future.

Today Eindhoven is the city of technology and the fifth largest city in The Netherlands.. 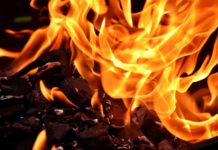 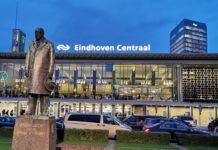 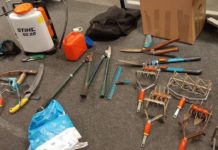