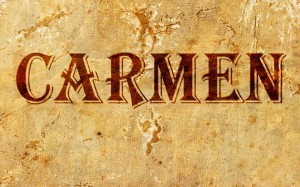 The Theaterplan foundation in Eindhoven has already discovered quite a few new talents. The new generation of musical talents can apply for “Carmen, the Musical” in the Park Theatre now.

Theaterplan will hold auditions from 20 February to 23 February 2014 for "Carmen, the musical", which will premiere in January 2015. The story by Prosper Mérimée about Don Jose and Carmen became famous due to the opera by Bizet.

Director Ruud van Bree created a complete new adaptation for Theaterplan: romantic, fascinating and crude. Just like in his former adaptations, "Romeo and Juliet" and "Alice in Wonderland", this production will include various musical styles such as Classic and Pop with gipsy influences.

Theaterplan is looking for tough guys, posh women and sturdy soldiers aged 14 to 24 who can sing, dance and act. Reporting for the auditions can be done via the audition form on www.theaterplan.nl.