Every municipality in the Netherlands goes for polls once in four years. This year, the citizens can vote on the 14, 15 or 16 of March. Polling stations are spread all over the city, and you can vote between 7.30 am to 9 pm).

Eindhoven city council consists of 45 seats; city dwellers will elect 45 candidates belonging to different parties. After the 16 March, your vote will be represented in the council. Some parties would get together to form a coalition, whereas others would sit in the opposition. Your vote is crucial because the party you vote for has the responsibility to represent you in the council.

Responsibilities of the city council
The tasks of a council are to represent the citizens, setting a framework within which the
Mayor and the Aldermen have to work and monitor that they work within the framework
and the budget. The first responsibility of the council, i.e., is to represent the citizens- is a very natural task because the municipal council is elected by the inhabitants. People who believe in a person or a party or identify themselves with the party vote for it. It is important to vote. Each vote is important to make sure your ideas find a way to the council.

Nevertheless, this function often involves difficult dilemmas. Each decision has its supporters and opponents and not every decision can be based on your party’s election programme. So, you will have to reconsider.
Let’s take an example: Ground in Eindhoven comes free. There can be citizens who
would request to make a nice park on that available ground. There will be others who
would want to make a community house for activities for young and elderly people in the
neighbourhood. And yet others would want to build houses…. All are interesting ideas, but
making a decision involves a lot of dilemmas. Thus any chosen option will always have
supporters and opponents.

The second task is to set the framework. This means that the municipal council lays
down the main objectives needed in a municipality. In other words, the city council
sets out the main points that the city needs: affordable houses, car parks, sports facilities
or household help for elderly people, just to name a few. The budget will have to be
divided into different sectors. The Eindhoven budget is more than one billion euros and it
will be divided between the sections on safety, mobility and transport, economy,
education, sport-culture- recreation, social affairs, healthcare system, climate, and real
estate.

The municipal executive then sets to work, but that does not mean that the council’s responsibility disappears. The work goes on. This is where the third task comes into play. The council monitors whether the municipal executive is carrying out all the plans it has adopted and whether these are being conducted appropriately, also considering the budget limits. The Mayor and the Alderman periodically report the status. The council gets information about, for instance, the actions taken to help vulnerable citizens or the money invested for street maintenance or information about the construction of a new swimming pool.

I am a passionate councillor who strives for our city, my colleagues and I really
need to hear your voice. Do not let your voice go unheard; please vote on the 14 or 15 or
16 March! Together we can make our city a better place! 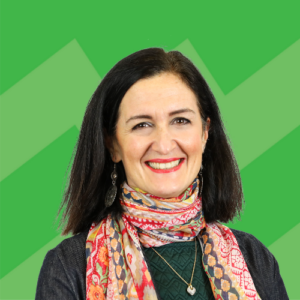 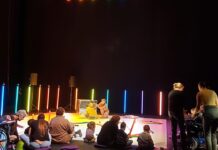 30 November 2022
Eindhoven pulls the plug on the city twinning with the Chinese city of Nanjing. This was decided by the city council on Tuesday evening....

Eindhoven will receive 400 asylum seekers for a long period of...