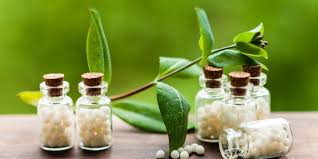 This is a true experience, that I share with you readers. If you are very sophisticated and don’t fancy reading about pain in urethra, then maybe this is not for you.

It was in the middle of the night. I sat in the toilet, squeezing my whole body to release a few drops of pee. When I managed to pee those few drops, first I felt an instant release. But it didn’t last long. Ten seconds later the burning feeling came back.

I welcome another sleepless night. My feet were cold on the cold tiles of the bathroom. My butt was stiffed and cold due to sitting on the toilet seat for hours. There was no use of going back to bed, because I knew that I would need to get up again and again with a feeling of a full and burning bladder. But at the end, I could pee not more than a couple of drops.

I had been suffering from a sort of infection in my urethra for almost five months. I didn’t know how many boxes of antibiotics I used. All different types. Some were known, some were new in the market. I became a regular in the pharmacy shop. But nothing seemed to work.

At 8 am I called my doctor in Catharina Ziekenhuis, and he told me to come in to talk. Checking the bladder and the urethra with a camera, countless blood and urine samples, DNA tests….I really didn’t know what else to investigate. What was there to talk about? Another prescription of antibiotics? I was done with swallowing poison. And what was he going to tell about missing the last three phone appointments.

I sat in front of the doctor’s desk. First he gave me a lecture about how rude I was towards the department secretaries to try to get him on the phone. He said that he had cancer patients, my case was not urgent. I looked at him with unbelieving eyes.

“That was it?  You couldn’t solve it, so you move to the next patient?”

You may think that the health care system is humanitarian and totally concerned about human being’s health. But your body is just a material object. Like a business case file. When it is not solved, then it is dumped in the back of the drawer and forgotten.

I started to search for alternative solutions. Reiki, energy healing, changing my nutrition. I found a mystic in the north of Holland, who performed energy healing by using pyramids. And I ended up having one in my own house. The size was 2x2x1,5. Yes, I have a structure of a pyramid in those sizes in my house. And I have a compass to make sure that pyramid is positioned to the south. I guess you see how desperate I was.

Then I found a homeopath in Eindhoven. The first meeting was almost three hours. He wanted to hear not only the physical implications, but also the emotional and metal implications. It was almost a life review.

“Is this a psychotherapy or homeopath session?”

He explained me that we needed to consider mind, body and spirit together. We could not treat body like it is just a physical object, because mind and the spirit and certainly our emotions are part of the whole story.

Then he gave me one pill. Yes, one single pill, which was plant base without any toxins inside.

“But if this is the case, and if my mind and my emotions are making me sick, because          clearly there is nothing physically wrong, then how this pill is going to heal me? Will I          not make myself sick again with whatever emotions I am holding?”

He said that it didn’t matter from where the healing starts. This pill was going to change the frequency of my body, which eventually would heal my emotions and mind as well.

“Sounds like woo-do. But I will try because I am really desperate”

I took the pill and a few hours later I had an enormous headache. It was indescribable. Even during the worst hangover I didn’t have such a headache. I immediately called Rob.

“I think you gave me something to kill my brain. Is this your way of getting rid of pain?”

I didn’t really enjoy the headache, but the next day the burning feeling was gone. I could urinate in a normal pace with almost no pain. More than 80% of my complains were gone.

Meanwhile my husband and his kids were preparing for a camping trip to a music festival. My husband was very enthusiastic and asking every day: “How do you feel? Are you joining?”

“I don’t know. I cannot just get up many times at night and walk from the tent to the          festival toilets. It will be hell for both of us”

He said that he had a solution for that. Half an hour later he came back from the camping store with a little blue bucket, which has little blue cap.

Sometimes I think that I am fully acclimated to the Dutch practicality and their ability to rationalize everything. But they still manage to shock me.

By the time for the festival, all my complains were gone. I was free from infection and pain.

Since then, when I have a physical complain, I first consider homeopath and then the doctor. And I pray for the days to come, when natural and spiritual practices are merged with advanced medical technologies.

9 May 2022
Timo Baumgartl has had a tumor removed. The 26-year-old defender of PSV, on loan to FC Union Berlin, will not be in action this...