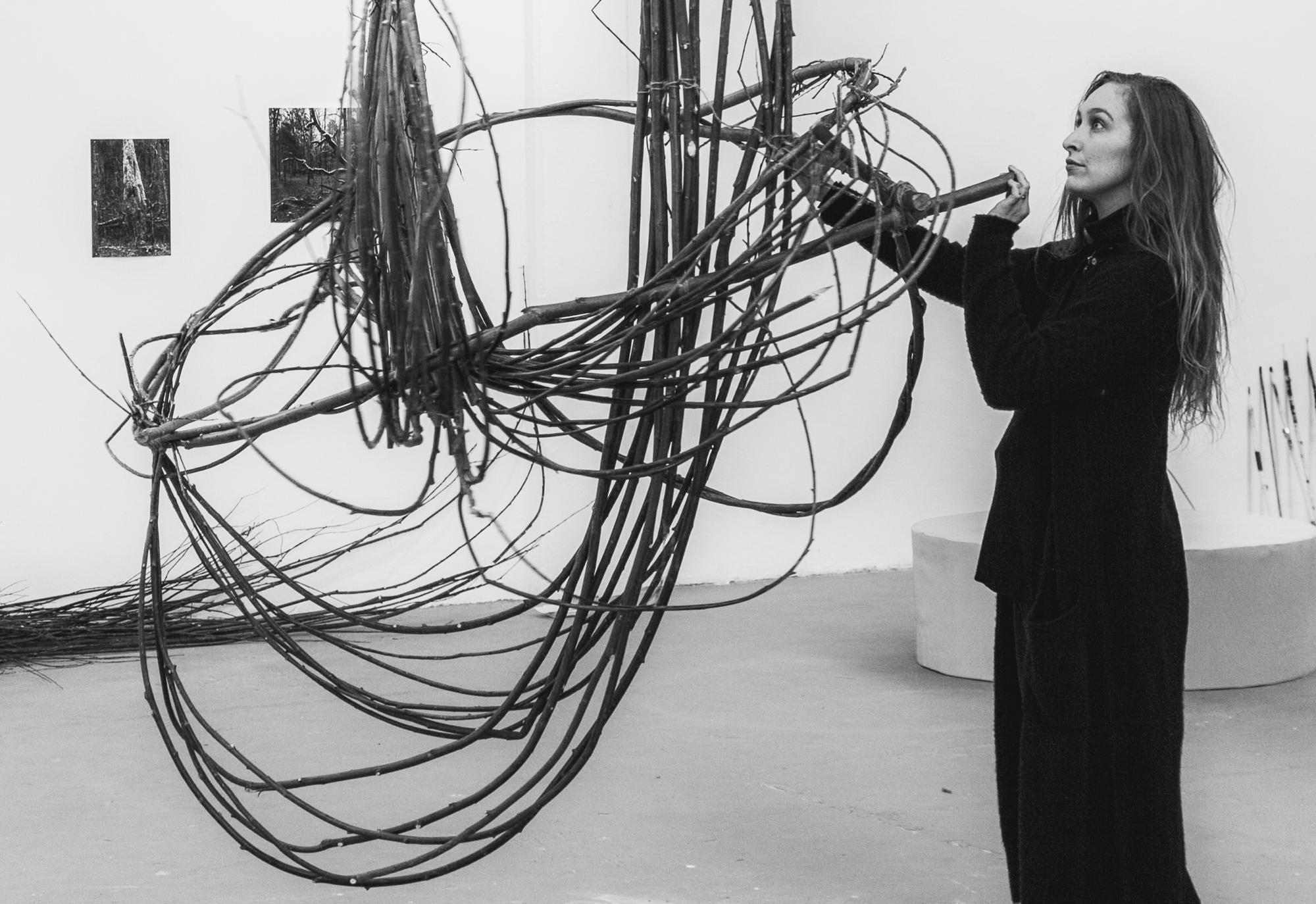 In the art exhibition and in the work of Roos Vogel consists of installations, sculptures, drawings and photographs – Roos Vogels tries to fathom nature. She studies natural appearances and experiments with growth mechanisms. Her work is like a search for transformations, but also in one’s own abilities to distill a work of art from that nature.

Exploring the possibilities is an ongoing process of discovering, destroying and rediscovering. This is how Roos understands the wonder of nature and makes it real for us. The Anaphora is nature that repeats itself and reveals itself in different capacities and becomes more meaningful.

Roos Vogels (Eindhoven 1992) is a visual artist. Her work is a combination of art and an almost scientific research. Nature is the source of inspiration for her. In her work – which consists of installations, sculptures, drawings and photos – she tries to fathom nature.

Transience plays a major role in Vogels work, not only because she uses materials such as branches, leaves and soil. The emphasis in her work shifts from interest for the beginning of the cycle, to the intermediate stage – between the sublime and the dead.

The basis of the art of Vogels is the wonder of nature. With her work she tries to approach nature in different ways to achieve artistic results, like observing transformations in the landscape to experimenting with the growth of plants. Raised by the prospects of our society’s destruction of natural resources, the ‘romantic’ idea of reconciliation with nature takes on a new meaning for Vogels. But it is the urge to fathom nature, this wonder, that she wants to convey to her audience.