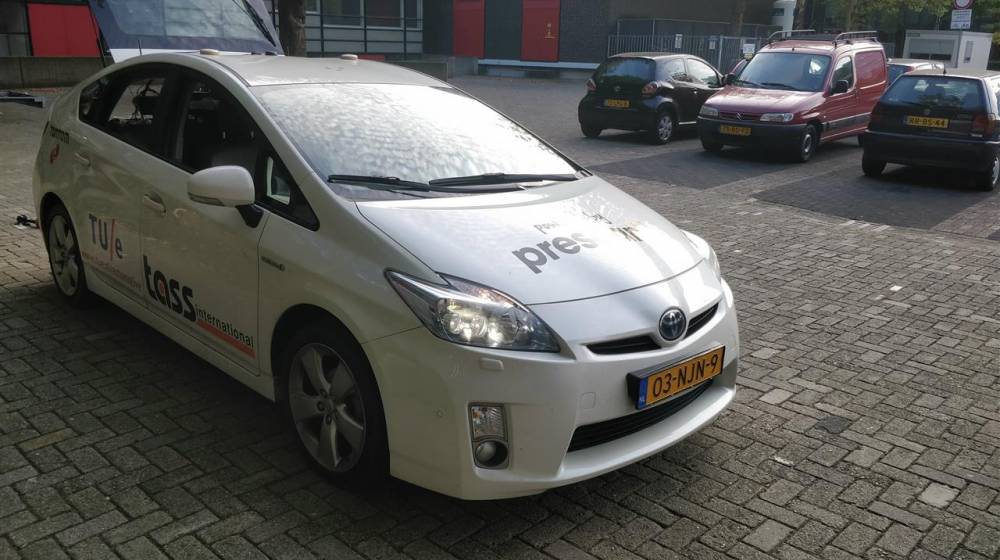 It looks a little strange: a steering wheel that moves by itself and steers the car around a bend. And admittedly, researcher Jos den Ouden occasionally uses his hands to turn the steering wheel.

But still, this is the future: an autonomous moving vehicle. With the TU/e campus as a test site, the first test in the Car pilot project is done and dusted. Some 50 cars participated.

Much is already possible in the field of autonomous driving. There are only a few problems on the highway, in particular: only cars drive there, they all move in the same direction, and at almost the same speed. The real headaches are in the city, Den Ouden explains. “There are cyclists and pedestrians who can come from anywhere; from all directions. It is very difficult for this car to anticipate that”.

How is it done? For example, by not only using cameras on the car that register everything, but also IoT, or the Internet of Things. “Everyone has a smartphone today,” Den Ouden said, “which connects to the internet. It would, therefore, be able to communicate with this car.”

“It is also nice that we not only have the information about the location of that phone but also whether the user is stationary, running or cycling”. And there is more: “From that information, you could deduce where it is very busy. And thus avoid those places as an autonomous car. You could also decide to leave from another starting point if the autonomous car is used for carsharing, for example. ”

“So, there are plenty of opportunities”, he continues. “But we will also have to wait for a little while. It will be a few years,” Den Ouden estimates “before we can ride in Amsterdam’s canal ring without crashing into something”. But that it is going to happen, Den Ouden and his colleagues have no doubt.