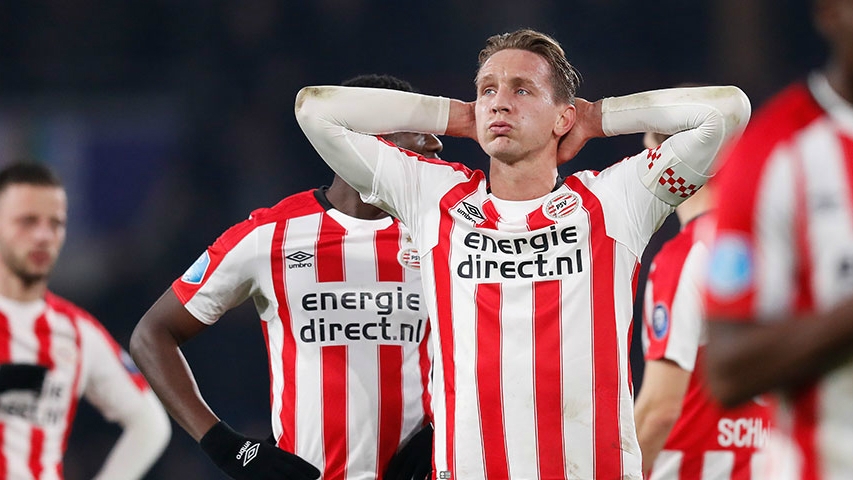 Whoever thinks the title is in the pocket already, either has a gigantic faith in the squad or denies the trials coming for PSV. The result of coming Saturday will determine the amount of pressure to come with the final sprint towards title number 24. An actual thriller in Alkmaar awaits.

The difference between a 7 or 4 point lead can be crucial for the home match against Ajax, the week after. If PSV loses in Alkmaar and Ajax takes 3 points at the Philips Stadium, PSV has only 1 point lead left and will feel the immense pressure to win all 3 remaining matches. And that pressure can be higher than when you’re the runner-up.

But let’s not jump to any conclusions now. It would be very unusual for head coach Phillip Cocu to lose this many points in the last part of the season. Statistically, he drops only 0,89 points per match in the first, and only 0,49 per match in the second half of the season. That would be 8,5 points in total after winter stoppage. PSV drew against Heerenveen in February and lost against Willem II in March, which are 5 points. Will they lose the other 3,5 soon, or maybe set another record and just win all the remaining matches, like a real champion should?

Last week’s match
The match against NAC Breda was quite like a lot of others, this season: PSV didn’t start too convincing, took the lead before stoppage time, after also made the 2-0 but conceded a goal that unnecessarily brought their opponent back in the game. For a long time, the opponent really felt there was something to take home from Eindhoven, but eventually got beaten with 5-1, making it look like a much easier match than it was for PSV. But they won, again, with all goals scored by 5 different players, with 2 goals scored from corners and 1 from the penalty spot. “We don’t train on standard situations for nothing,” said Cocu. “The faith in the group that we will score on such moments is big”. 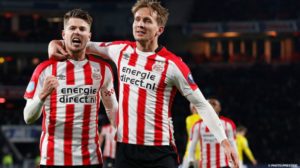 New record captain Van Ginkel
Van Ginkel’s goal from the penalty spot was not only convincing, it was his eighth of the season, from the eight he took in total so far. This 100% score made him the first player in PSV’s entire history to score eight penalties in one season, kicking Ronald Koeman off the throne, who set the record in the season of 1987/88. It’s yet another example of a record broken by a Cocu-led PSV.

New shirt sponsor and partner
PSV announced Goodhabitz as new shirt sponsor as of next season. The online training company is a true Eindhoven born and based brand, an up and coming professional organisation just alike Philips once was for the city of light and innovation. Goodhabitz also has offices in Frankfurt, London, Paris and soon Madrid and a city in Belgium. Goodhabitz’s name will appear on the back of the PSV shirt as of summer. The season after, PSV Energie will take over sponsor duties and will appear in that place of the shirt. Goodhabitz will then continue as official partner for 3 more years. 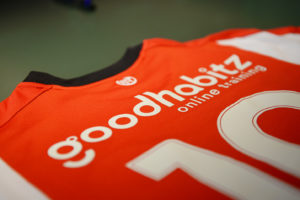 Six players see contract terminated
Technical Manager Marcel Brands has officially announced to not prolongue the contracts of five players from the Under 21 selection: Dani van der Moot (21), Phillipe Rommens (20), Bram van Vlerken (22), Marcel Ritzmaier (24) en Joey Konings (19) are all free to look out for a new club to play for as of summer. All players are currently part of PSV’s Under 21 selection. Rommens and Konings played for PSV for 12 and 10 years respectively, Ritzmaier made the most minutes for PSV but after several periods on loan is also found wanting.

The 6th player who is allowed to leave, is central defender Damian van Bruggen. The 22-year-old made the step from Ajax to PSV in 2016 but chose to move on to VVV-Venlo in 2017, in order to make minutes in the Eredivisie instead of the Jupiler League with PSV Under 21 again. He left a good impression in Venlo after 22 matches, in which he scored 2 goals, but will not pursue his career in Eindhoven.

Next opponent: AZ Alkmaar
Back to football now. As said, the next match will determine the amount of pressure for the final sprint to come. But why is this match more crucial than the last one? Well, until last week it wasn’t, because PSV first had to beat NAC Breda. But, of course it already was noted as ‘crucial’, simply because AZ is the number 3 and so more to fear than NAC, the number 15. The team from Alkmaar performs really well under head coach John van den Brom and has most Dutch football fans on their hand with its dominant and attractive style of play. More importantly, they have fought their way up the ranking and claimed a spot in the Dutch KNVB Cup final against national champions Feyenoord Rotterdam. 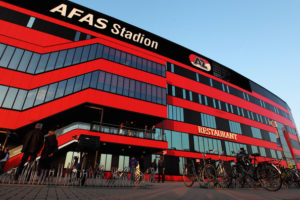 The quality of their Youth Academy also comes to fruition more and more, with Guus Til being an absolute top product so far. The attacking midfielder even made his debut in the Dutch national selection, last month. Goalie Marco Bizot also debuted as a member of the Orange Lions, as did Striker Wout Weghorst, who has a decent season with 13 goals and 4 assists. But truly exceptional is winger Alireza Jahanbakhsh: the Iranian international scored 14 times and gave 10 assists for the red-whites from the northeast. It’s the kind of player most PSV fans fear, also because they haven’t got the most faith in left back Joshua Brenet.

PSV won 4 of its 5 away matches in Alkmaar, the last 3 all resulting in 2-4. PSV scores 1,67 average in Alkmaar, while AZ scores 1,21. After the winter stoppage, AZ won 50% and drew 50% of their home matches in the Eredivisie, in which they scored 7 and conceded 3 goals. They won both Cup matches at the AFAS Stadium against PEC Zwolle and FC Twente with 4-0 and 4-1 and play the finals against Feyenoord on Sunday 22 April. They currently hold a 3rd position on the ranking of the Eredivisie, 5 points underneath Ajax and 11 above Feyenoord, with a goal difference of +28.

PSV has 74 points and a goal difference of +44. They took 12 points out of 5 away games, the last one resulting in the biggest defeat in 54 years. With 8 goals conceded and 10 scored, the balance is still positive, but not champion worthy. PSV has 3 matches left to work on a better goal difference for away games this season. 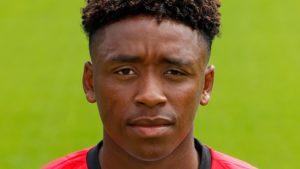 Suspensions
Steven Bergwijn is the first of 5 PSV players that got suspended after receiving his fifth yellow card of the season. The question is who Cocu will send on the pitch to replace him: Donyell Malen from the Under 21 scored 3 goals early this week, bringing his total to 12 out of 12. He seems to be absolutely fit to play. But Gastón Pereiro, Albert Guðmundsson, and Mauro Júnior are also options on one of the wings, where Chucky Lozano could also be moved to the left. Cocu’s decision could be a tactical surprise for AZ, who are defending very well this season.

Eredivisie Player of the month March Santiago Arias, central defender Nicolas Isimat-Mirin and captain Marco van Ginkel all have to be careful if they want to be able to play the home match against Ajax, next week. A yellow card in Alkmaar means they will get suspended. Hirving Lozano goes free after last week’s incident, where he tried to hit his opponent but missed, which was only caught on camera.

Injuries
It appears only Maxi Romero isn’t fit to play. That means Phillip Cocu and his staff are 5 weeks before the end of the season and have an almost entire fit selection ready to play the thriller in Alkmaar. It’s almost unbelievable, much underappreciated and worthy of a standing ovation for the technical staff of PSV Eindhoven. Keep in mind most of the work is done behind the scenes and it’s only the end result you see on the pitch.