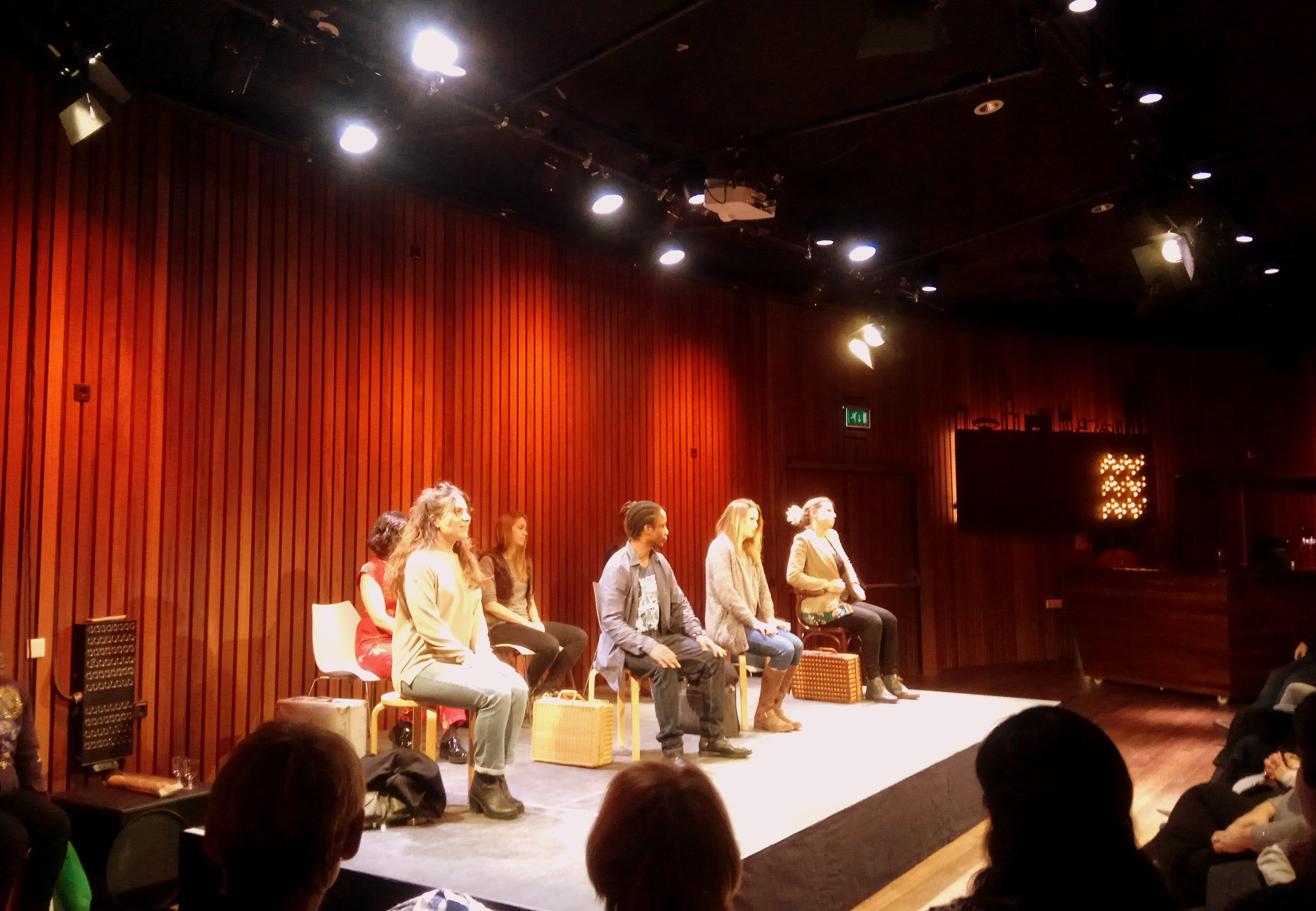 Six expats have united to present the play “Dutch Dreams – Six ways to shore on new land”. The play premiered at the Parktheater on Friday.

The performance is a subtle representation of the stories of six individuals who relocated to Eindhoven, their challenges, and the compromises they had to make during their transition.

The concept and initiative are from Carola Eijsenring, who is responsible for the Parktheater International Program (PIP). The play is directed by Sara Joan Van Der Kallen. Both are Dutch, with foreign descents, which drove their will to put the expats of the region on stage and give them a voice. Actors are Alba Seixa (Spain), Beatriz Ramos Vaquero (Spain), Cécile De Vree (The Netherlands), Esther Cavini (Italy), Federica Di Lodovico (Italy), Lupe Garcia Moreno, (Spain), Marcio Da Silva Francisco (Angola), Pollyanna Niehues (Brazil).

The half-hour play is free of entrance. It was also performed at the International Women’s Day on Saturday. The remaining performances are: