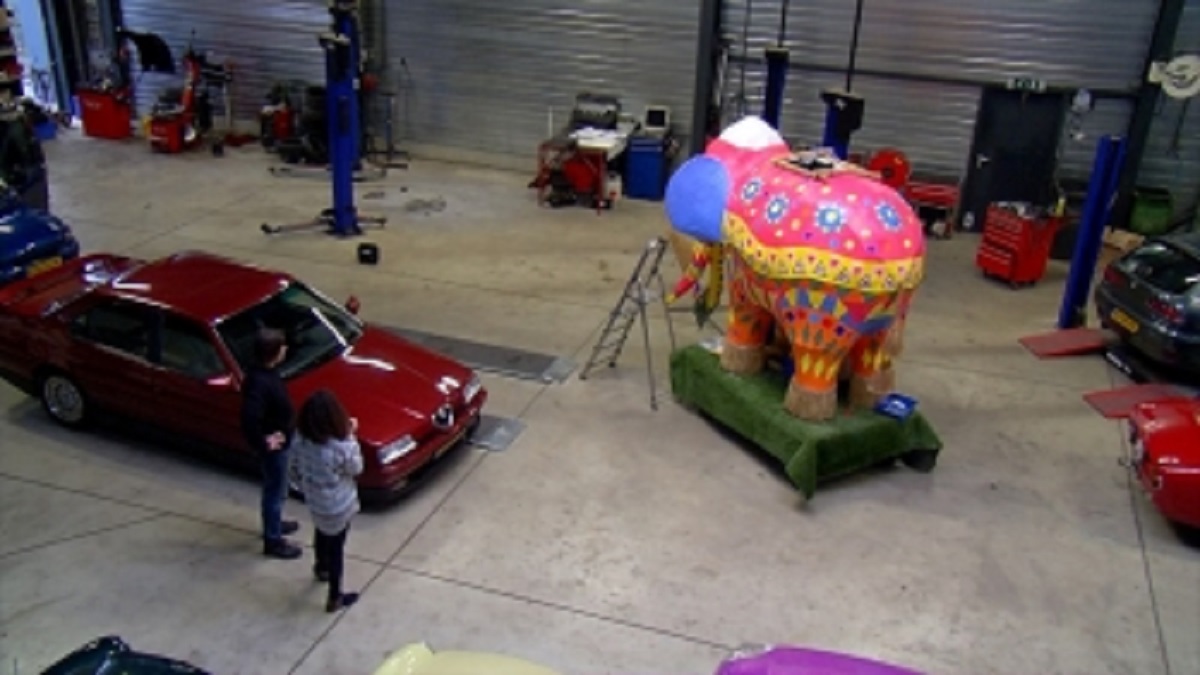 The countdown to Carnival is on again. And that sometimes equates to stress for many Carnival groups with the final push to construct the Carnival floats for the Lampegatse parade on Saturday.

This is the case for Carnival Club Wilhemina, who are putting the finishing touches on their float in a car garage in Strijp. It has taken 15 people to build an elephant which is painted and almost finished. But the final touches still need to be done, especially the decorations.

“To build such a thing is hard work, and sometimes stressful, but mostly it is really nice. Working together and reliving old carnival stories is especially fun,” explains Jeroen Hendriks from the Wilhemina Club. The members are already starting to itch now that Carnival is getting closer. “If I hear Carnival music I want the party to begin right away and it all starts to bubble up inside”, says Rosa van den Nieuwenhof.